On the way to the Weaving Workshop in Muara, I picked up Febrina in Kaban Jahe (Karo area). Afterwards we made a short stop to give a copy of Rangsa ni Tonun to Sahat Tambun and his wife of the Trias Tambun weaving business. I was curious about the developments that had taken place in his enterprise. He is a man with vision and many ideas.

It wasn’t that easy to find him. He had moved. But we persisted until we were successful and, by chance, he was standing in front of his new workshop when we pulled up. He received us enthusiastically. He was full of energy and excitement about his business. His new quarters give him room to grow.

He ushered us in immediately and showed us his new looms. They were Jacquard looms! He had purchased them in Pekalongan (Java). He had had them dismantled and shipped, and then reassembled in his new quarters. He was exploring patterns in combination with Karo textile designs. 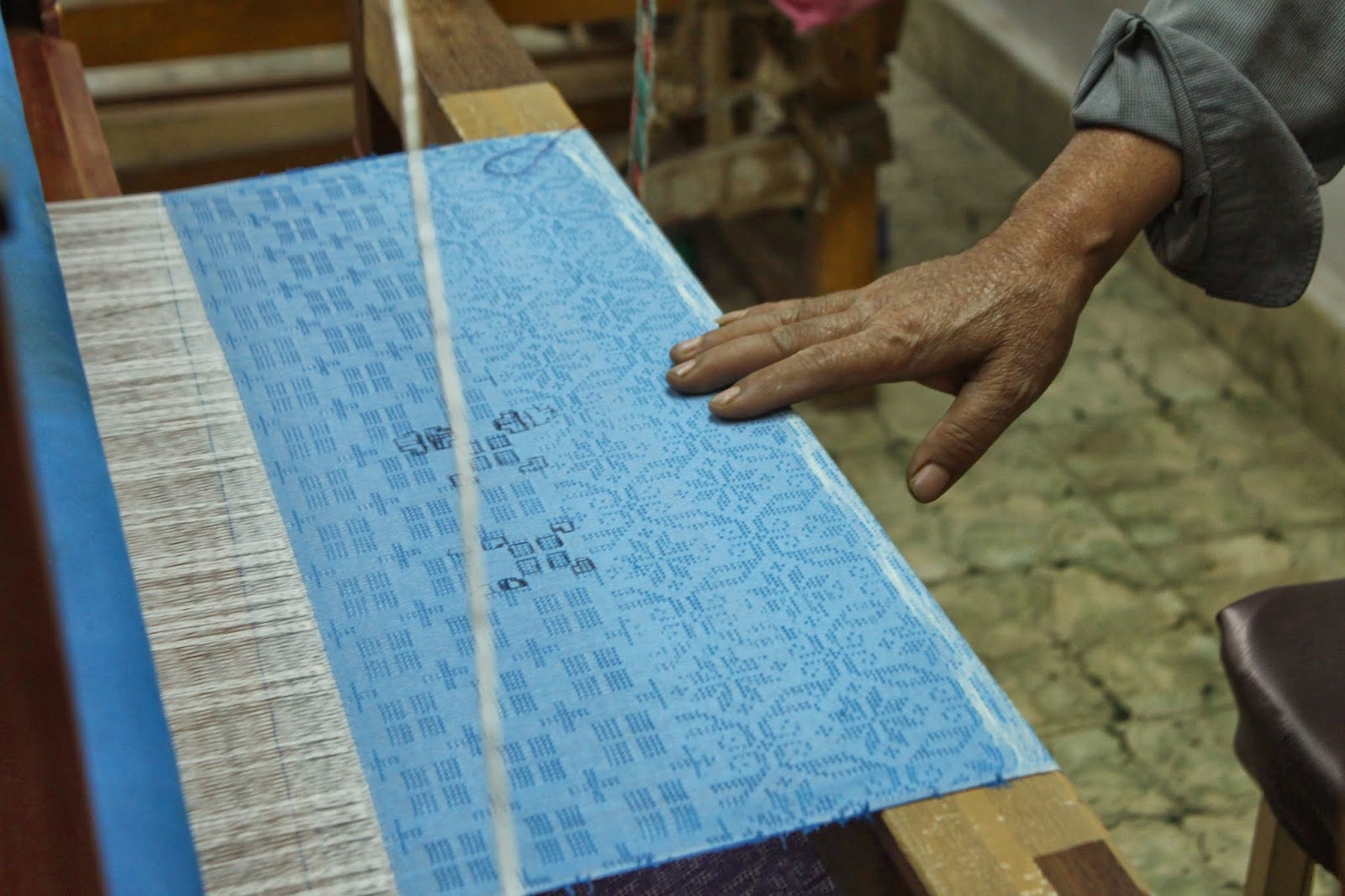 He was particularly drawn to the idea of making home furnishing: curtains, upholstery and wall tapestries. “Everywhere Malayu textiles are used,” he pointed out repeatedly. “There is nothing Karo about local décor even though this is a Karo region!”

He showed us how he had already upholstered his couch with a jacquard woven Karo Beka Buku textile design. On the table next to the couch was a well-thumbed through copy of Legacy in cloth. 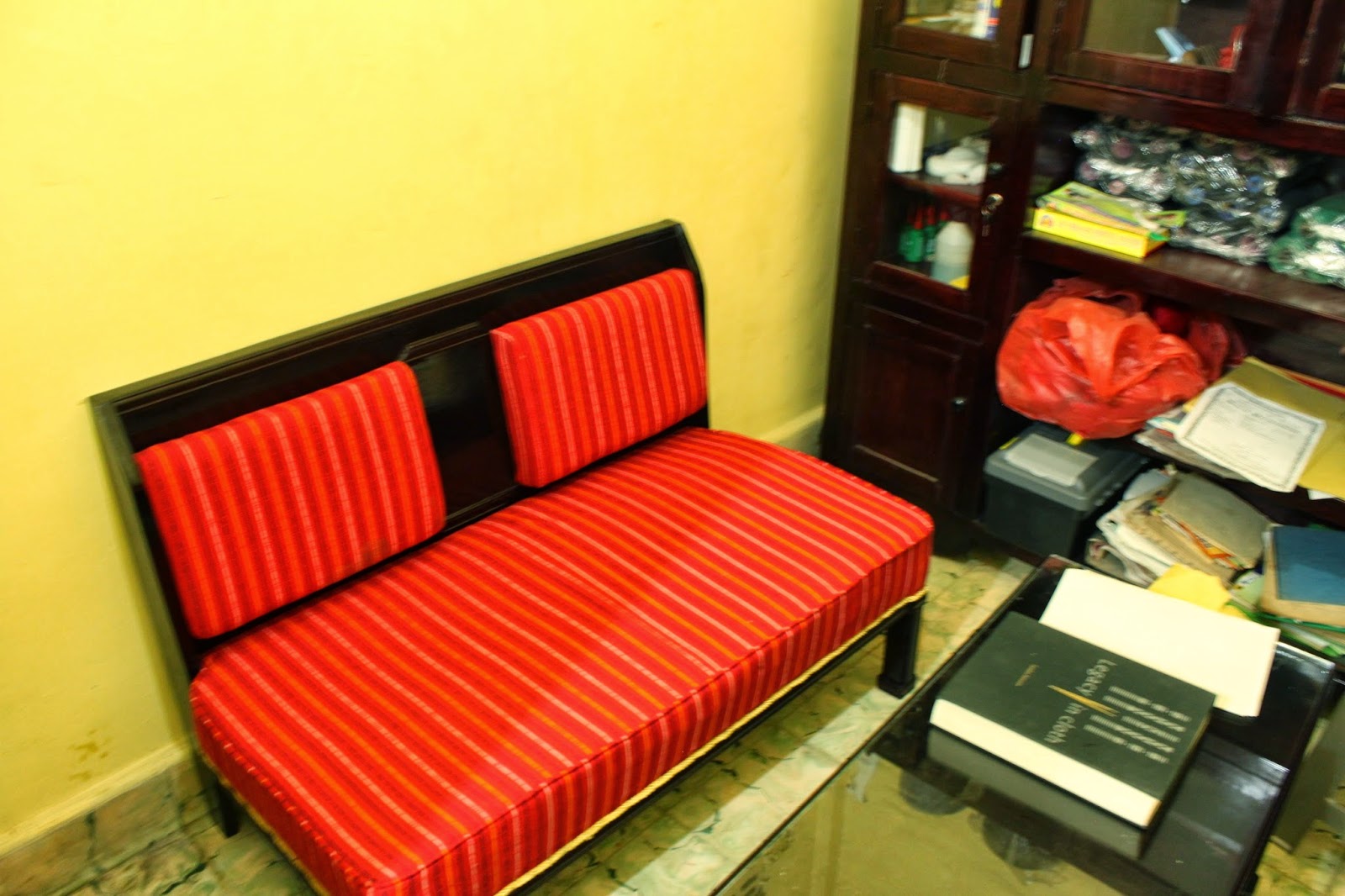 “Whenever I want a new design, I look in your book,” he said to me generously. And then he led us over to another strung loom. “I am now reviving the Bunga Ambasang textile,” he said. “I found it in your book. Nobody knows this textile motif anymore. Look, I am now making lengths of dress fabric of that design.” And then whisking us over to another loom, he said, “And here I am experimenting with striped fabric inspired by the stripes in lurik textiles from Java. But I am adding the typical Karo supplementary weft patterning so that it will immediately be identified as a Karo textile.” I had already begun to feel materialist urges but by now they were surging. On yet another loom, he was experimenting with the Sadum textile. 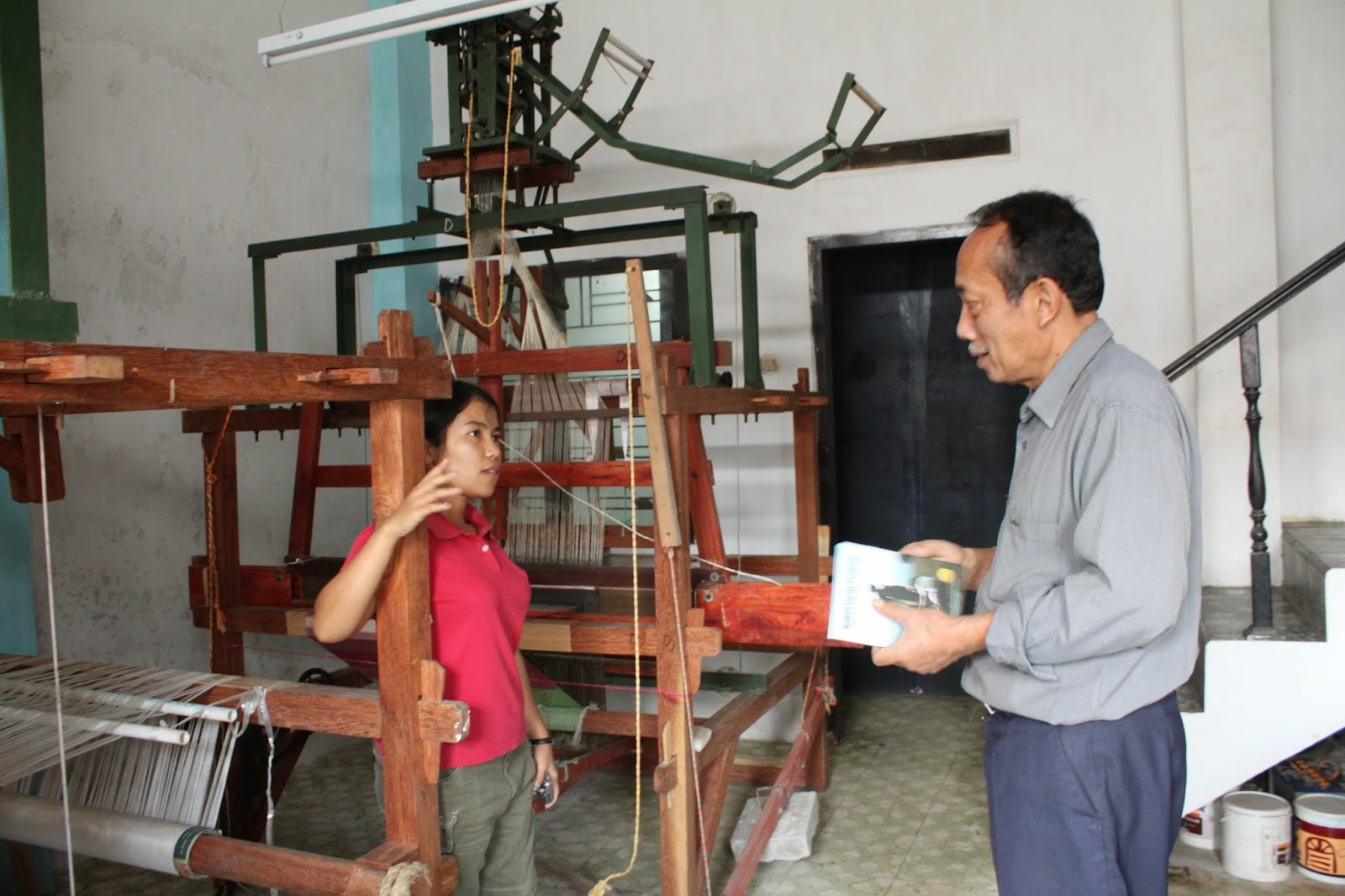 Febrina was with me throughout the short tour and found Mr. Tambun’s excitement infectious. 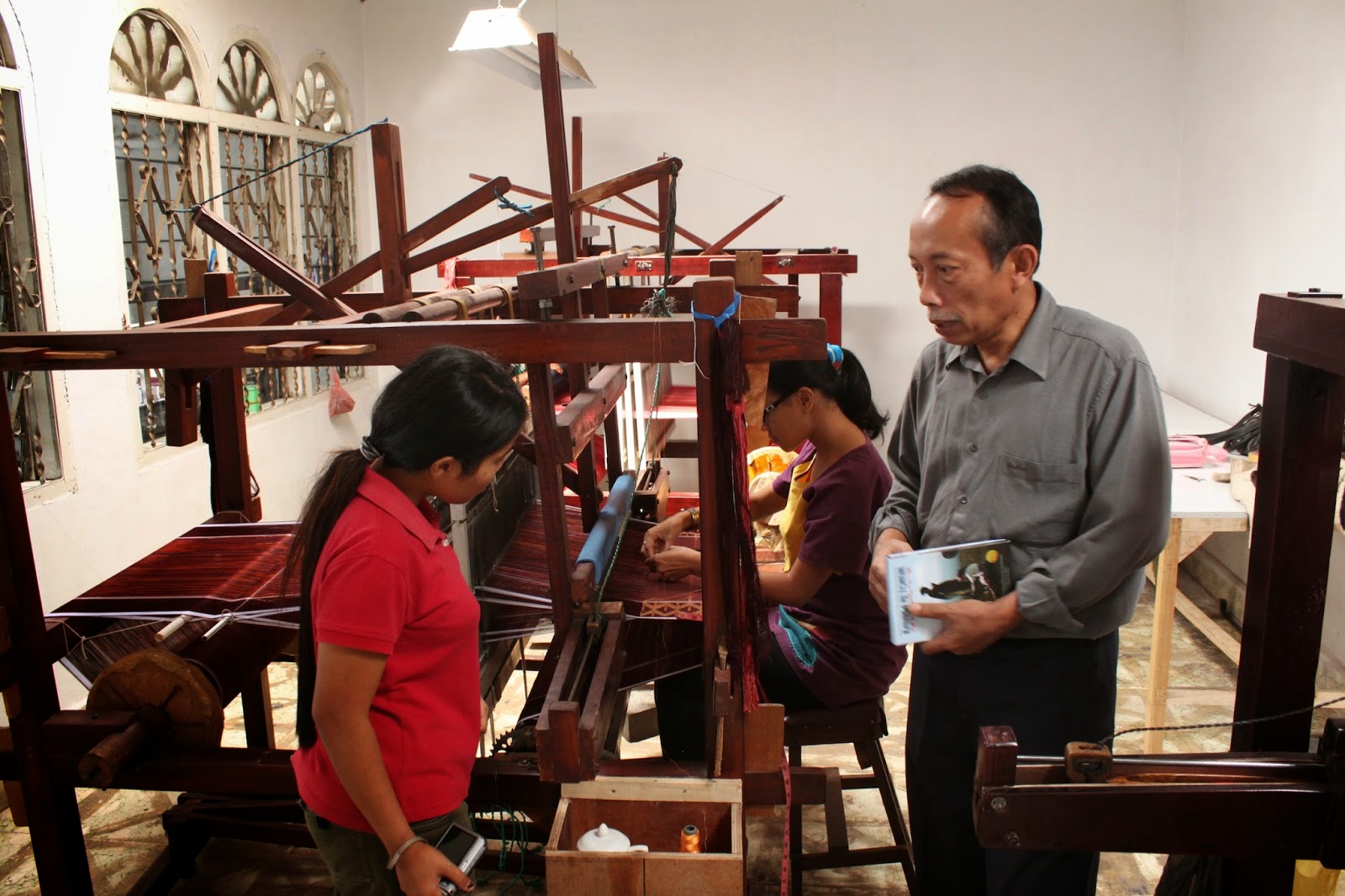 She was moved by the tremendous potential of his innovations and immediately saw the relevance of his experiments (and indomitable energy) for her own interest in reviving some twined patterning. 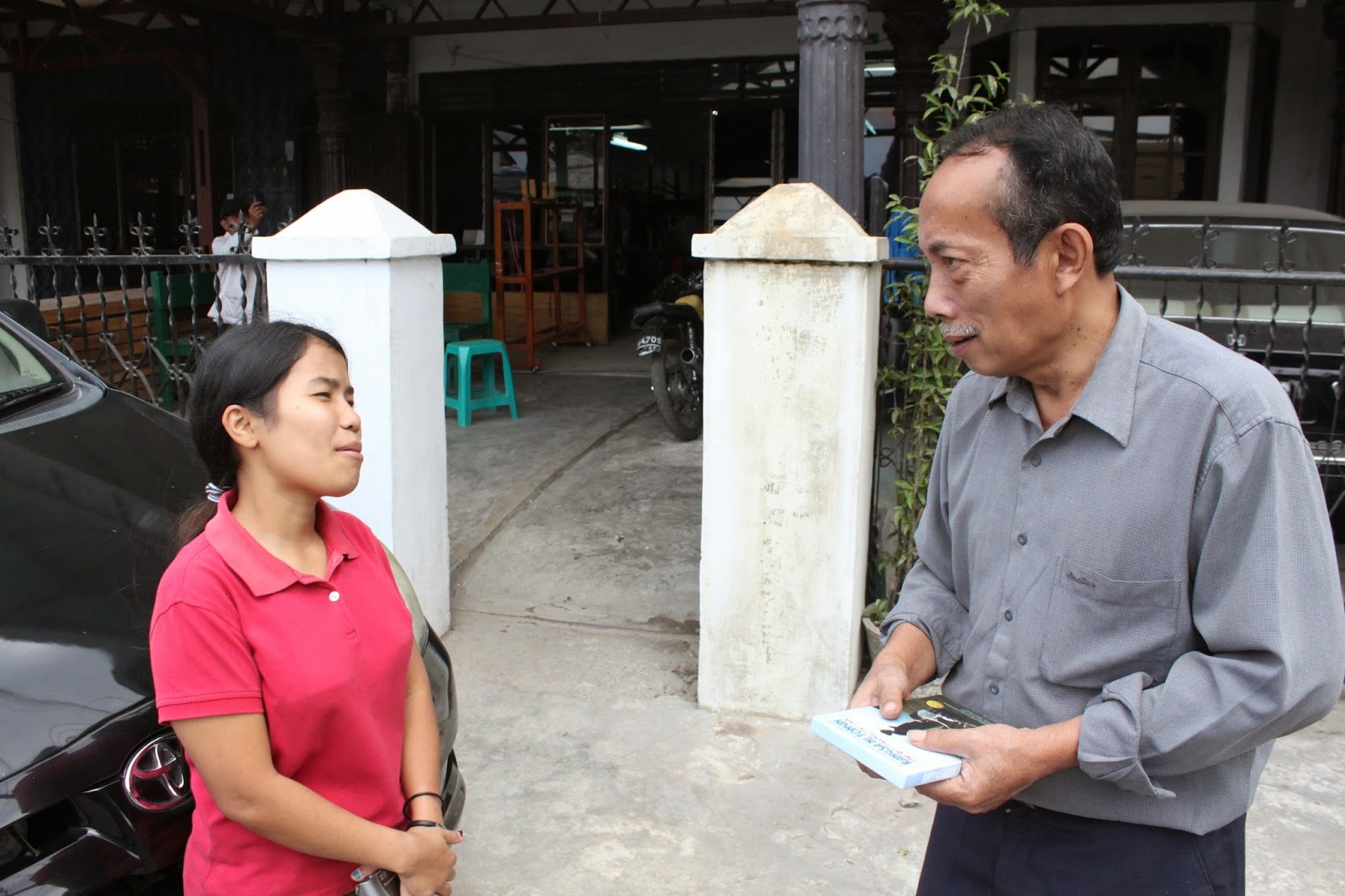