WISDOM Conference in Yogyakarta, 5 – 8 December 2010 and "Back to the Villages" in Java

I was honoured to be invited to speak at the colloquium prior to the WISDOM conference in Gajah Mada University, Yogyakarta. 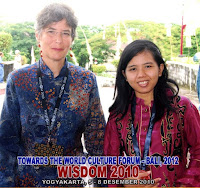 The colloquium was “In honour of Ann Dunham Soetoro and Prof. Dr. Mubyarto.”  I spoke on Ann Dunham Soetoro’s book, entitled Surviving Against the Odds (Duke University Press, 2009) and used her title as the title of my talk. Ann Soetoro, the late mother of US President Obama, is rightly recognized as a champion of craft producers whose voices have systemically been unrecognized and poorly represented in decision-making processes. In my review of this published and abridged version of her doctoral dissertation, however, I was critical of the exclusively economic slant that left out “the cultural stuff”. The theme of the WISDOM conference was inspiring: “It is important to focus on how local wisdom can thrive in the sea of globalization, and how indeed it can make a significant contribution to humanity’s future.” I was emboldened by it and by the work of Wade Davis (most recently, The Wayfinders, Why Ancient Wisdom Matters in the Modern World, House of Anansi Press, 2009) to make the exclusion of Ann Soetoro’s cultural data the focus of my review. I argued that if we wish to rely on local wisdom, we will first need to ensure that it survives. Download my paper.

In advance of the conference, I visited the village of Kajar where Ann Soetoro did some of her fieldwork.

I brought a copy of the recent lavishly republished version of Isaäc Groneman’s The Javanese Kris (C. Zwartenkot Art Books and KITLV Press, Leiden, 2009). My intent was to bring this 19th century information about the sacred Javanese kris “back to the village” and to compare the return of this information to the return of my own work on Batak weaving. My visit was an exceedingly interesting lesson in contrasts.
There was nobody left in the village of Kajar who made kris. The tradition had died out. I met the son of the kris-maker that Ann Soetoro had known and mentioned in her book. 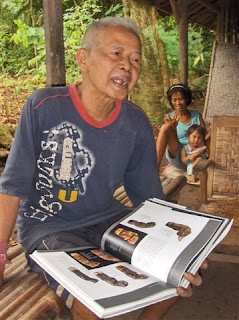 He was quite old but continued to labour on some simple production metalwork. 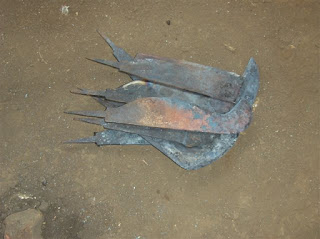 While he claimed to have learned how to make kris from his father, what he showed us was so simple and rough that I knew that very little had been handed down to him.

﻿
﻿When I showed him the book, his interest was minimal. I wasn’t able to make him understand that the book was about the Javanese tradition of kris-making; he assumed that krisses were being made in Europe... In the end, I did not even leave a copy of the book behind in the village because I met no interest in the topic whatsoever. This the central reason for my question, relative to Ann Soetoro’s book: what, in fact, is "surviving against the odds"? The zenith of the Javanese metalworking tradition is long past and has been utterly forgotten.
Interest in Ann Soetoro's book, on the other hand, was great. People remembered her, but none of the villagers had seen her book. They loved seeing their fellow-villagers and workshops in the photographs. 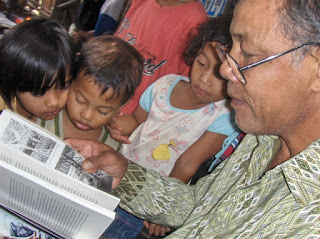 In the end, I gave my copy to the family of Pak Sastro with whom Ann had spent the most time. They recognized themselves in many of her photographs.

The Yogya conference was gracious, superbly well-organized, stimulating and fun. I sang its praises in a note in Facebook. Below are some images of the spectacular performances, most of them by students, to which we were treated periodically during the conference. 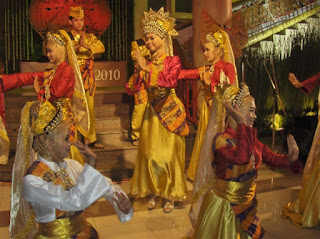 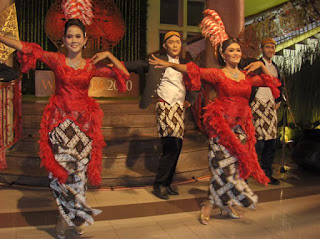 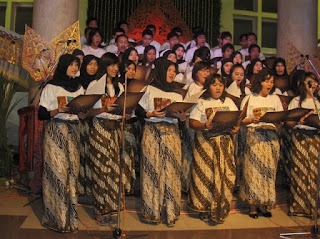