We keep hearing it. Climate change is the most important issue of our time.

We know how war and emmigration wreak havoc on weaving traditions, but it seems that fewer people have considered the destructive effects of climate change.  I was reminded of this once again this morning while I read the newsletter that Threads of Life sends around. Threads of Life is a fair trade business headquartered on Bali that specializes in indigenous textile revival, particularly in Eastern Indonesia.  They wrote, "...in some regions, climate change and landscape-level changes are affecting weavers' abilities to maintain the economic viability of their dye traditions..."

I know what they are talking about. A friend tells me that the weavers on Sumba Island have been suffering from a persistent drought. The women and children have to walk so far everyday to get a bucket of water that they have neither time nor energy left to weave, even though their well being depends on the income from weaving.

And on the nearby island of Savu another friend has described how the people are carving a waterway using the most primitive of implements, arduous, back-breaking and achingly slow under the burning rays of the sun. And if the last of the wells goes dry? What then? Such uncertainty confronts them.

I know that uncertainty, even though it is not my own life hanging in the balance. My Weaving Centre in North Sumatra is also in trouble. No significant rain has fallen for eight months. I must confront the issue of environmental revival in order to work on textile revival. The two go hand in hand. I have encouraged Lasma to plant trees, but if it doesn't rain, she can neither plant nor maintain them. What to do? We have drilled a good well, but underground water needs to be replenished too. Using up reserves is only a short-term answer. No answer at all, in fact.

Lasma tells me that the children are getting sick because the air has not been scrubbed by rain. Most of the wells in the village have gone dry and people have nothing to drink. Our well is deeper and we share our water...but when will our well go dry, too? Worrisome.

Yesterday a young man from the village contacted me because his mother had not been able to pay his university fees for four months. His family depends on the proceeds from farming. They are all desperate. Will he have to give up his education -- and his future? Will they have to move? To where? When will the rains fall again? Will it be enough?

For this reason I have kept my ear to the ground. I have been impressed by technologies that I have stumbled across in which the moisture in the air is collected and transformed into usable water, for example, using temperature differentials that normally take place between day and night (condensation). Most of these technologies are applied for plant growth.

One technology that I have found applies to the production of potable water. It is a SuntoWater invention. It uses a salt material to absorb moisture from the air, then extracts the water using the heat from the sun, in a low-energy, repetitive cycle. The exciting part is that it is capable of producing between 150 and 375 liters each day. Distilled and drinkable. Always clean. 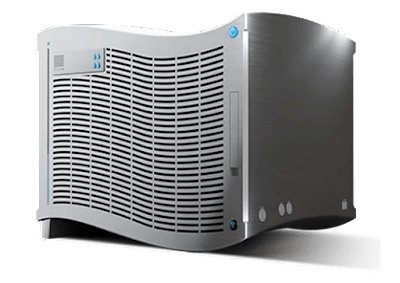 Besides the water that it produces, a major advantage of this system is that it cuts out the use of plastic bottles, a major pollutant (and eye-sore) in North Sumatra, and also the CO2 emissions entailed when water has to be trucked in. In the long run, it is also cheaper than purchasing water. Imagine self-sufficiency in water supply, every household producing its own.

The invention offers tremendous scope for the entire world, and especially those beset by crisis. Alas, the price is most palatable for people in California where the machine is produced. One of the major markets targeted is those with swimming pools and those confronted with very high water bills. For them, the machine pays for itself within a few years. But the price is too high for people in North Sumatra whose incomes are ridiculously low (unless they are corrupt). I hope that the company will consider a strategy such as that practised by Wakawaka, the company that produces solar-generators. Every sale in the first world includes a kind of tax that is donated in the form of solar-generators to people in crisis torn areas of the world. (My pulang kampung team are the only ones on their 'impact map' in North Sumatra because my friends, Wiebo Tierlink and Dirk van Uitert, donated waka-wakas to the team. Check out North Sumatra. ) 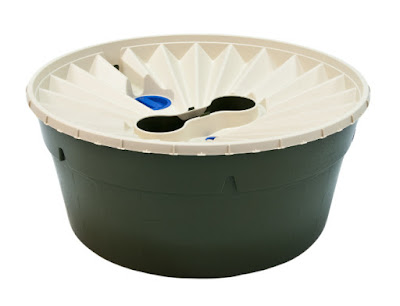 Another promising invention that I have found is the Groasis, which was declared a National Icon for The Netherlands for 2016 because of its potential to do good for the world. This clever little Dutch invention is affordable and has anti-desertification as its goal. It has the capacity to harvest dew and store water. Each facilitates the growth of a sapling or three (any species) and even food plants in combination with it. That growth utilizes 90% less water compared to regular farming. The box, made of recycled material, biodegrades as the tree grows and presents no pollution problem. The need for boxes is phased out as the trees create moister microclimates. I think I'll bring a couple with me to North Sumatra next time I go.

I imagine my dear Lasma living off-grid in our Weaving Centre with electricity generated by the sun, water collected from the moisture in the air, and her dye-plants and organic food thriving despite drought. There is work to do here. And there is hope. Not just for the Centre, but for the whole village.