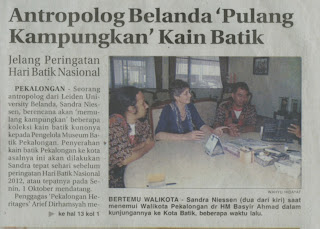 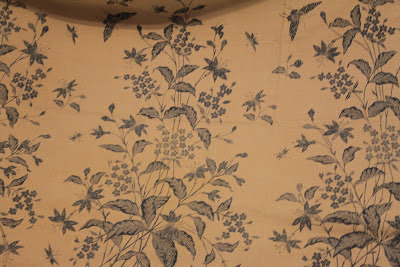 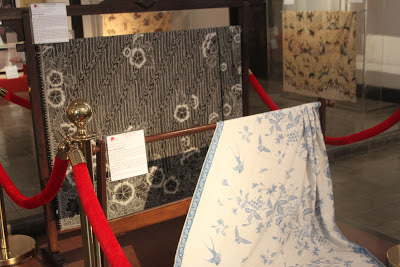 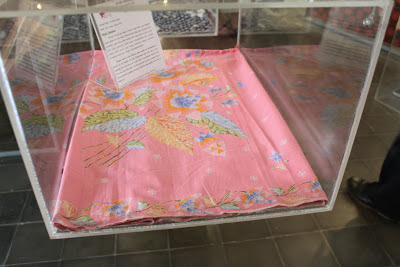 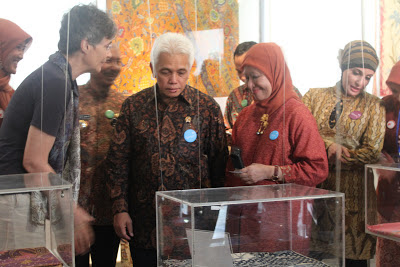 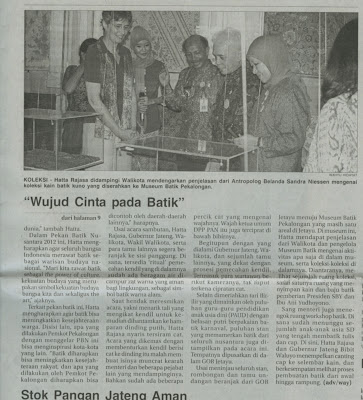 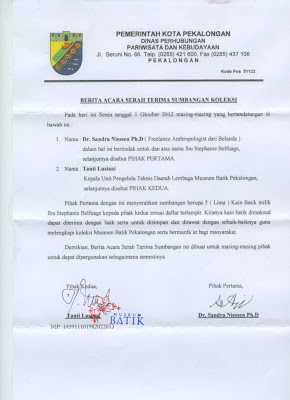 An additional delight was the involvement of Greg Roberts, the courier of Stephanie’s textiles from Australia. A passionate aficionado of North Coast batiks, he had supplemented Stephanie's package with a copy of the exhibition catalogue of his own collection: one for the museum, one for the Pekalongan Heritage Community, and, I am very happy to say, one for me. It is a beautiful book!
Posted by Sandra at 19:08
Labels: Arif Derhamzah, Batik of Java: poetics and politics, Greg Roberts, Hatta Rajasa, Museum Batik Pekalongan, Pekalongan City of Batik, Pulang Kampung, repatriation, Stephanie Belfrage