It could scarcely be otherwise, given the extent of his travels. Nevertheless, from the moment I got to Java I felt that I was tracing J.E. Jasper’s footsteps -- something that I would love to do much more of.

Faithful followers of this blog will remember the name J.E. Jasper. He, together with mas Pirngadie, is the author of the magnificent five-volume set: De Inlandsche Kunstnijverheid van Nederlandsch Indië. In 2012, I was given the opportunity to make an exhibition about him and Pirngadie for Museum Tekstil in Jakarta. Mas MJA Nashir and I researched Pirngadie and Jasper respectively for the exhibit catalogue. After the exhibition opening (16 October 2012), we retraced some of their footsteps in S. Sulawesi but only enough to whet the appetite. I subsequently wrote a first follow-up volume about their research journeys based on publications and archives in The Netherlands. This was just hot off the press when I arrived in Jakarta this time (April 2014) and I went straight to the Textile Museum to pick up a copy. Another appetite whetter to research their further travels. I am convinced that my work will continue to shed more light on how they researched their astounding five-volume set on Indonesian craft.

During my week in Jakarta, this time, I worked in the archives. After spending days to find the material I needed, I was told that the section of the archives that I needed is closed for review. I was bitterly disappointed, as I had looked forward to accessing the material in Indonesia’s national archives for a long time.

After Jakarta, I travelled to Bandung (26 March2014). Being there offered a bit of relief from that disappointment. Jasper had retired to Bandung after he finished his term as Governor of Yogyakarta. When I arrived in Bandung I immediately sensed why he chose that city. (Relatively) cool climate. Lots of green. Jasper was not alone in his selection, if the number of colonial homes in that fair city is any indication. The tempo doeloe sphere in Bandung is still very strong. I could imagine Jasper living in comfort on Jalan Riau close to the palatial headquarters of the governor of West Java within close proximity to all that he needed.

Jasper’s grandson sent me the precise address and I visited it at the first opportunity. It was, alas, not one of the houses that had been maintained. It was stuffed in behind a modern furniture store. The door was swinging half open on its ancient hinges, not in welcome but from neglect. I was so bold as to step inside for a moment. Perhaps that was the room where he had kept his library. Perhaps it was the room where he took breakfast with his wife. The tiled floor looked original – a windfall of neglect. But I was shooed out of the house before I could get any further; I was told that the owner was not present to give me permission to enter.


I surveyed the house from a distance, trying to imagine it without the furniture shop in front of it. Presumably the grounds had once been relatively vast and perhaps lovely; the house itself was relatively modest. The street was now commercial and extremely busy; I couldn’t say that there was any colonial sphere left hanging there.

Just prior to leaving Bandung, I found the time to look for Jasper’s grave. I had been told that it was located on Jalan Pandu. One section is a memorial graveyard maintained by the Dutch government to commemorate those who died during the Japanese occupation of the Netherlands East Indies.

It was easy to find the section and number of his grave by looking up Jasper’s name in the book. He is buried there beside his son in the last row before a beautiful pool of water filled with flowers and surrounded by trees. 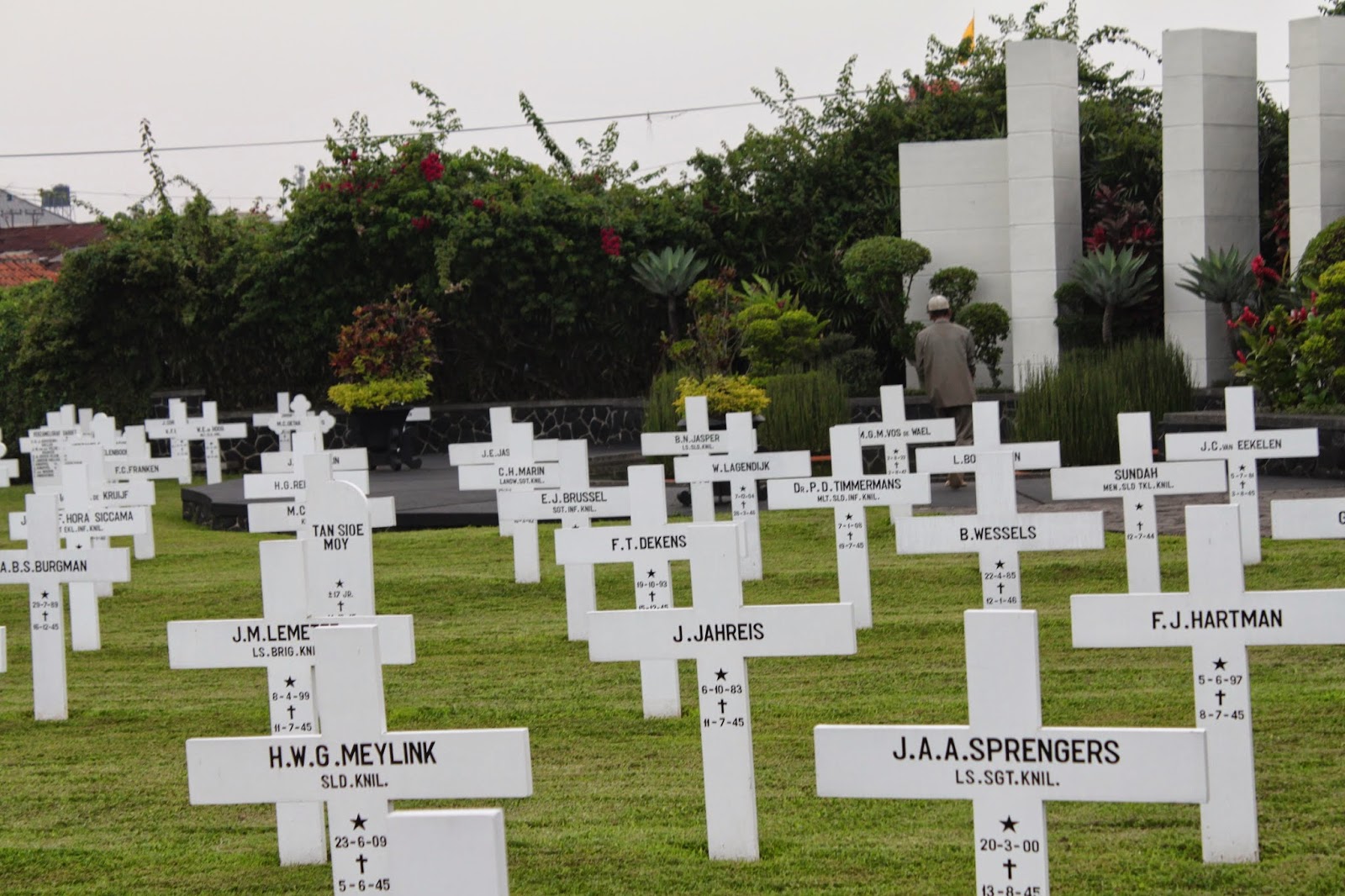 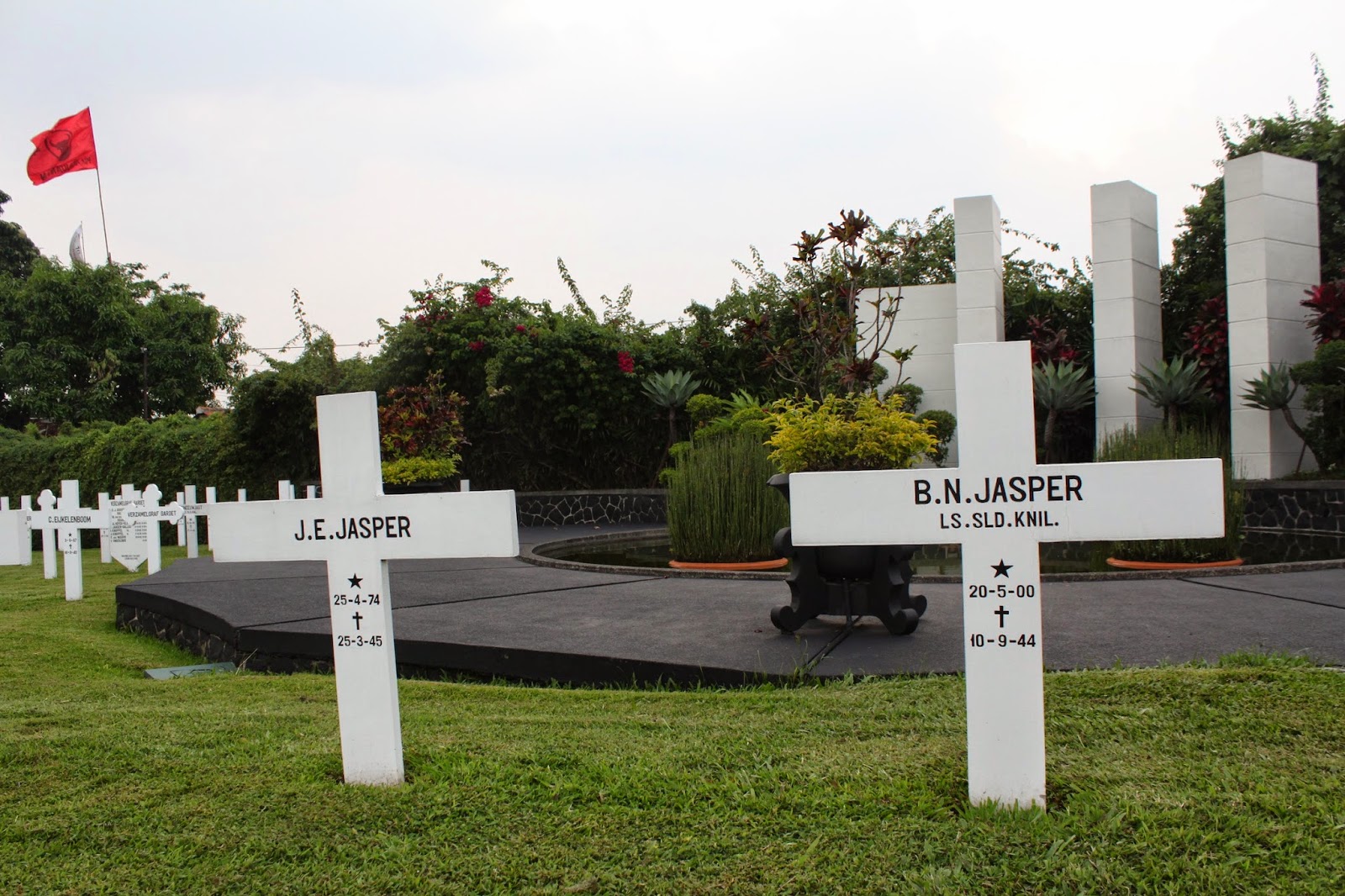 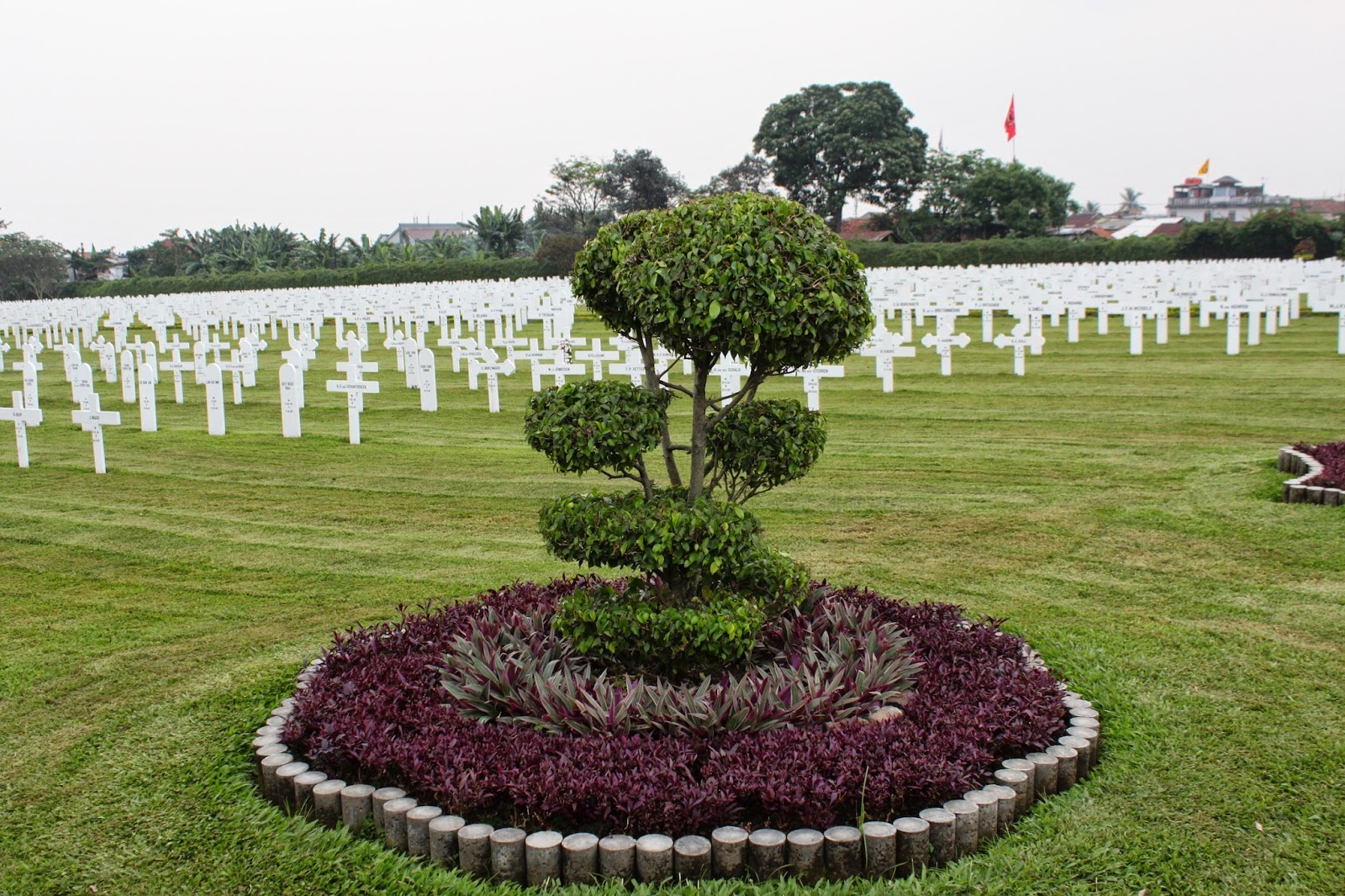 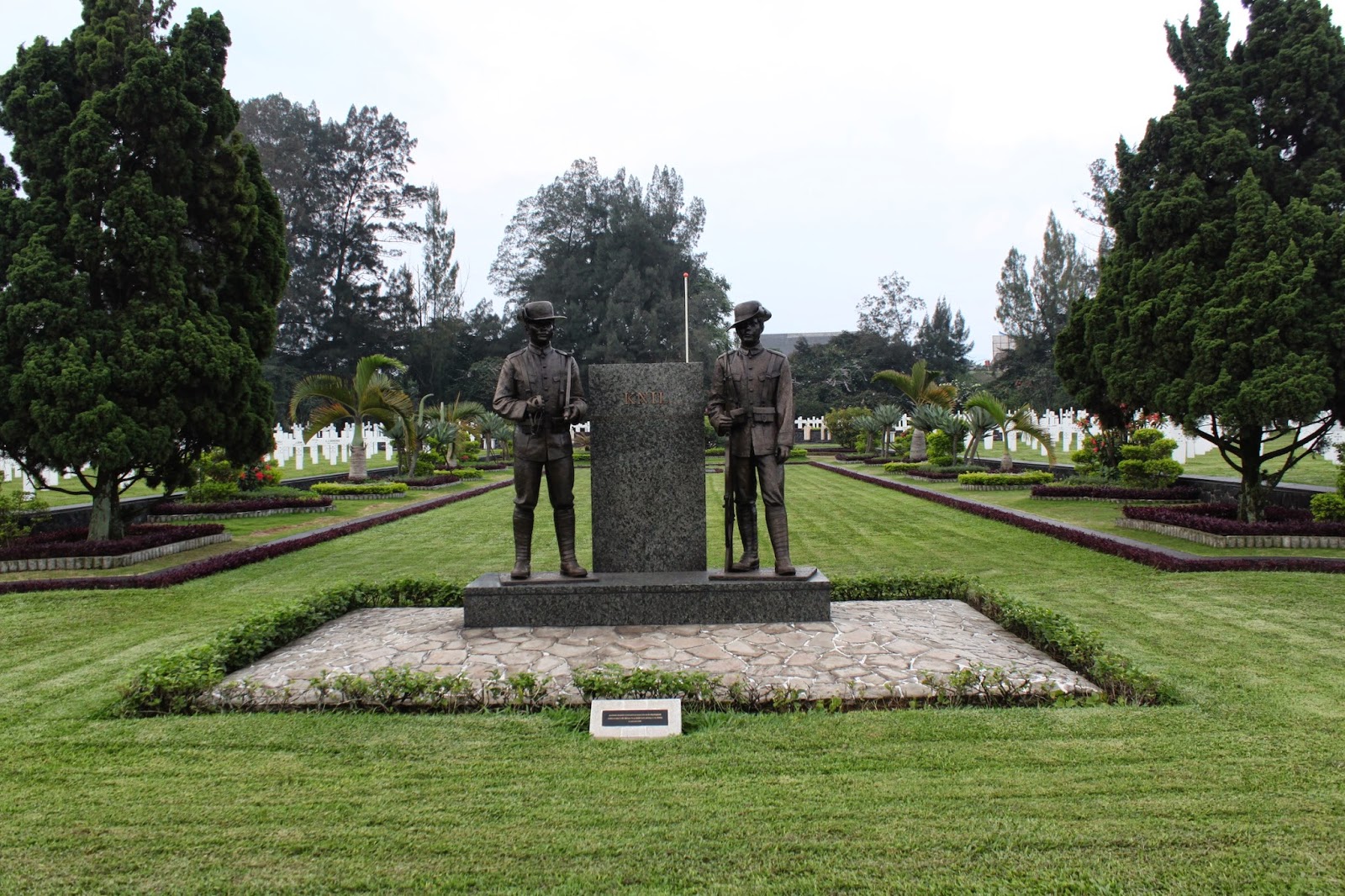 Sharp contrast to the last years of his life in the Japanese Internment Camp of Cimahi. I sent pictures of the grave to his grandson.