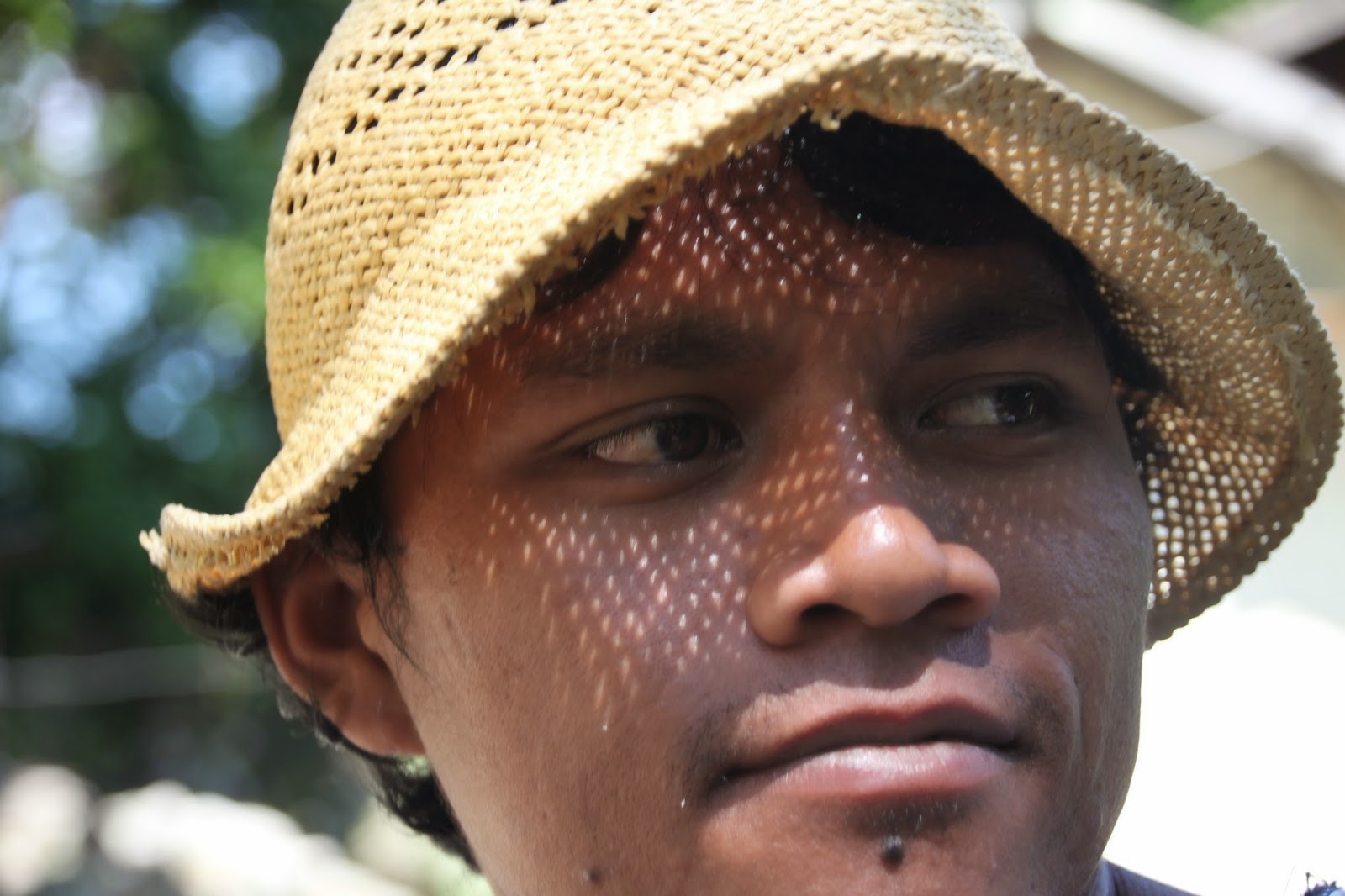 One of the reasons why I was so anxious to do this journey early in 2015 was that Paul Manahara Tambunan would be in North Sumatra. He had a few months of free time between finishing his education in Yogyakarta and his graduation ceremony (March 2015) and planned to spend it at home in Tano Batak where his mother lives (his father is deceased), helping out in their small and busy café on the side of the road. Paul is an original member of Proyek Pulang Kampung. It didn’t feel right if my trip were to be delayed until a time when Paul would no longer be in North Sumatra. My goal was to spend time with as many of the youthful members of Proyek Pulang Kampung as possible and also to create opportunities for them to get to know each other better. They are, after all, what our efforts are all about. They are the future and they need to feel supported, also by each other, in their ambition to contribute to their culture. 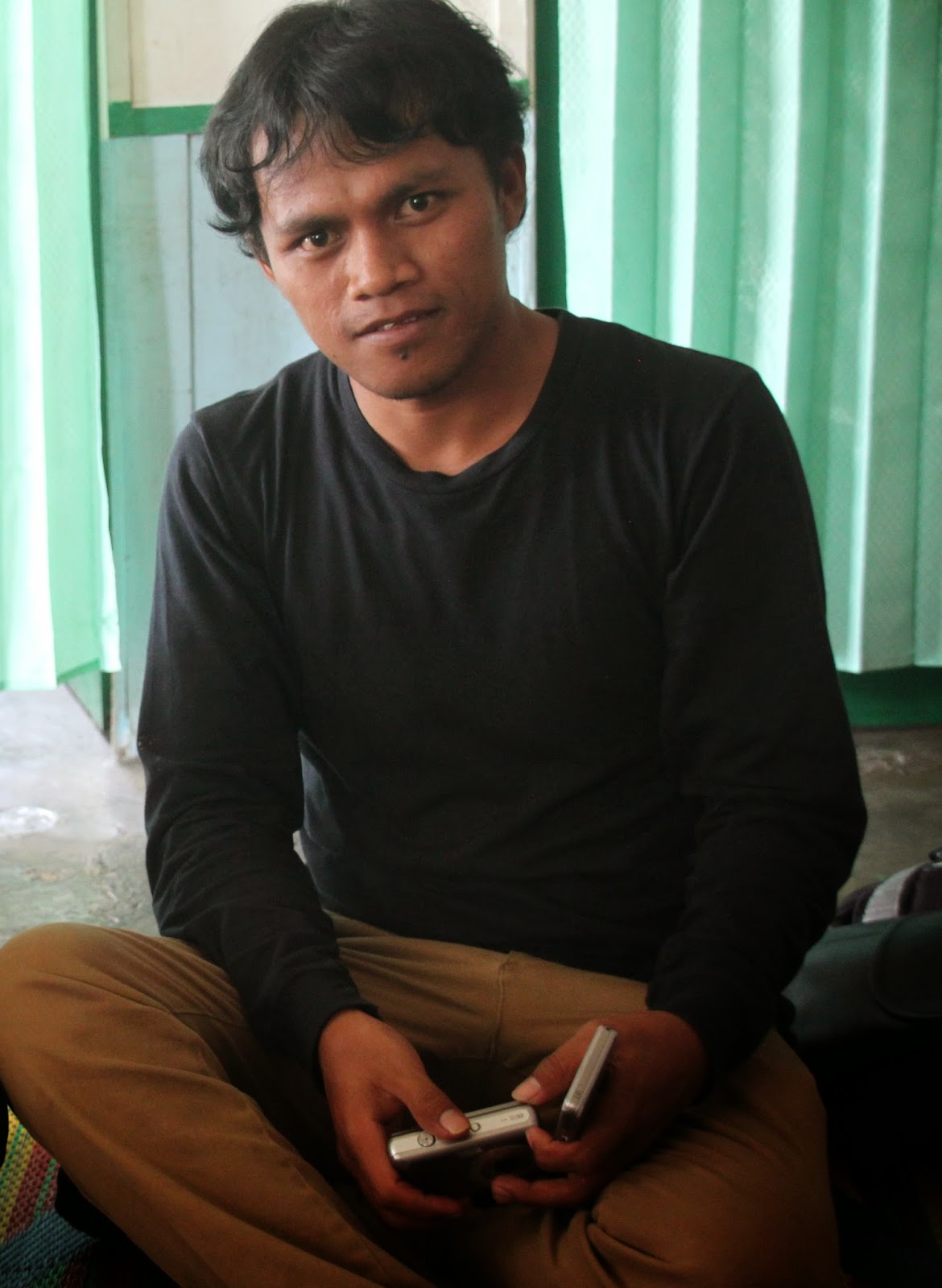 Paul is a loyal, caring person. He is quiet, never intrusive, but always ‘there’, always standing by to help out to the best of his abilities. It seems to be a family trait. His Mom receives us warmly and generously whenever we pass by, feeding us a delicious meal if she can. The entire family even dropped in at my hotel to say hello when they were returning home from a New Year’s visit. 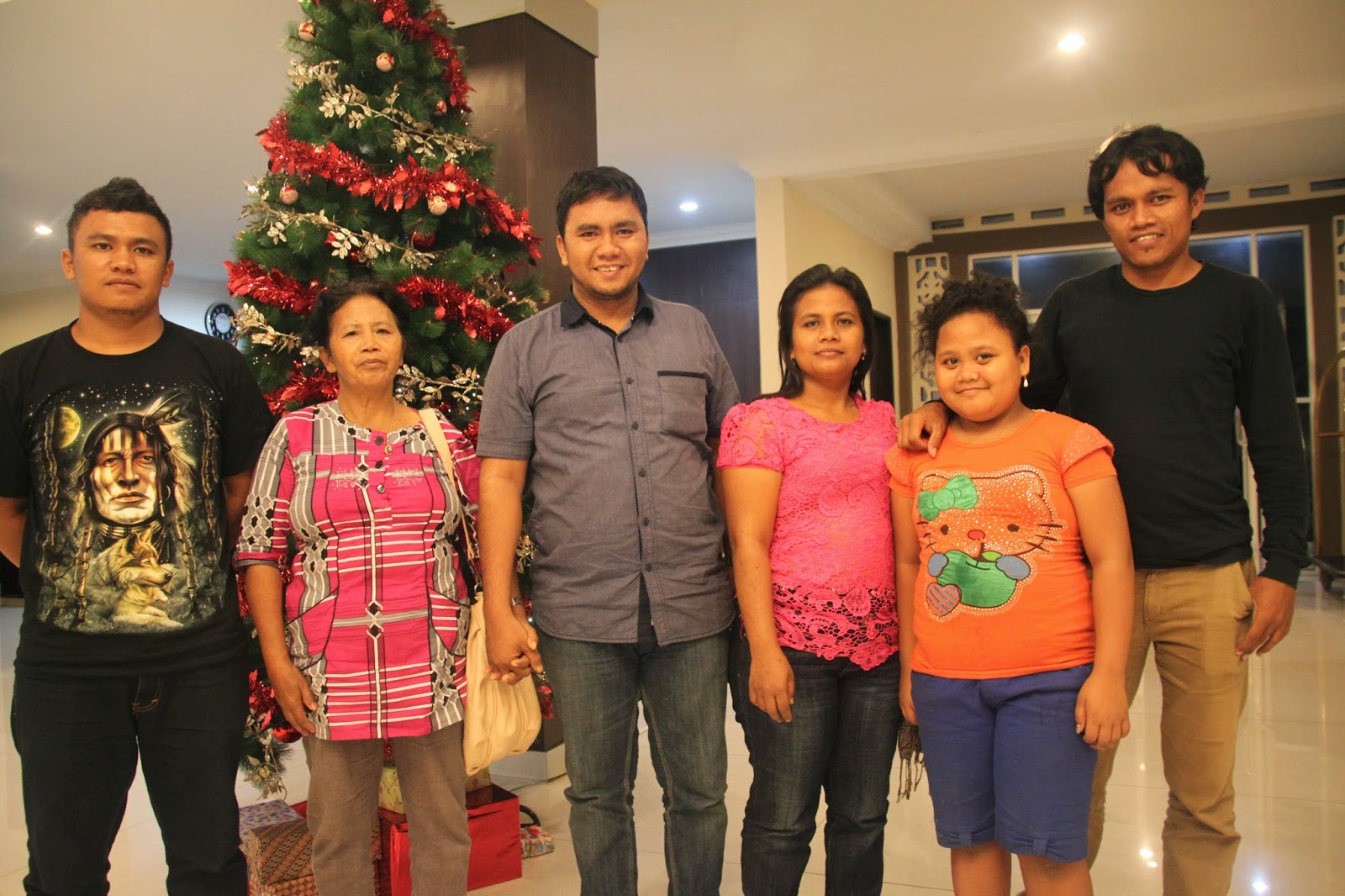 Paul is like still waters; it takes awhile to get to know him and that always happens best one-on-one during a quiet moment. We had a few of those during this past journey.

The first was during the preparations for our spinning workshop. Paul told me about his entrepreneurial spirit. He had some financial support from his mom in order to be able to study, but he had to stretch this support using his own ingenuity. He noted that some land behind his student home was unused so he obtained permission from the owner to dig and install a fishpond. He raised and sold fish and completed his studies on the proceeds. “I learned how to manage my money, manage my time, care for my fish, and be independent,” he told me. “I enjoy management and entrepreneurship. I look forward to the chance to expand those skills.” 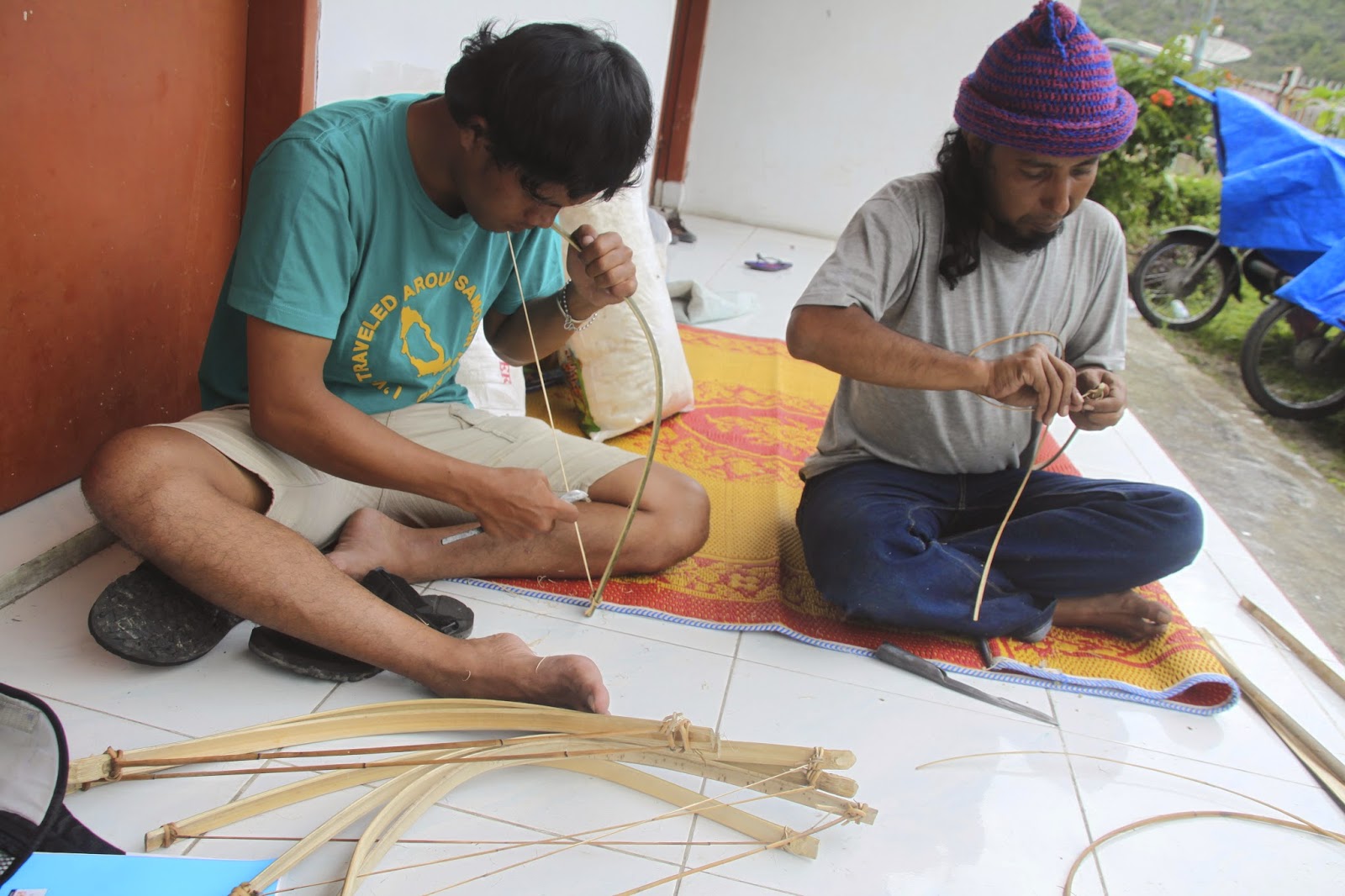 The second moment (although it was anything but quiet) was ten days later when we sat in the bus together heading south from Pangururan. Paul said “My mother just bought a small piece of land. In a joking way I suggested that it could be used to grow some natural dye plants and even hold dye workshops. Mother responded saying that she was open to the idea. I would like to develop a small natural dye business.” I sat there incredulous. It felt as though there had just been a small earthquake and the world had changed.  I suggested that he could plant mangkudu shrubs (Morinda citrifolia). The strength of Paul’s area on the southern shore of Batakland has always been red dye. Rosalina, Restuala’s sister, is also familiar with red natural dyes. Perhaps there will be the opportunity for Paul to learn more about ‘bangkudu’ (the Batak word for red dye) in Muara next week.

I have long entertained the idea of two centres of Batak natural dye, building on the strengths of the past: blue in Muara and red south of the Lake. Paul’s few quiet sentences suddenly brought the vision closer to the ground and made it much rosier.

The above blog was written while I was still in North Sumatra, but my internet access was so abominable that I wasn't able to get it posted. I am now back in The Netherlands and I was reminded of the blog because of the short piece that Paul wrote for Facebook yesterday. He has been in Muara helping Ishak put up a textile exhibition and there he met with Restuala's family. He has given me permission to post his piece here in my blog, along with my translation. Besides being an entrepreneur, Paul loves to write. This time he was inspired by a precious little bundle that is also very meaningful to me.

Humans come and go; thus the cycle of life on this earth throughout time. Such has been the experience of Rosalina Pakpahan (Nai Tania Sianturi), the sister of our deceased friend, Restuala Pakpahan. She has done much to revive “Natural Dyes” in Huta Nagodang, Muara. She continues to use the surrounding natural materials to colour yarns needed for weaving. Such is the biological wealth that is around us, even though we are often not aware of how to use it and then ignore it.

Together with [the weaver group] “Sopo Sorha Harunguan” which was conceptualized by Restuala a few years ago when he was still alive, they grew together, worked together, struggled for the health of the culture by empowering women weavers in Muara.

Now, Restuala is no longer, but the spirit of life is always there. Leaving only the task of determining the future steps for “Sopo Sorha Harungguan”, where the weavers will find their guiding light.

The day of mourning has passed and a day of joy has dawned. On February 17 a gift from the creator of the universe was bestowed upon this family in the form of the birth of Rosalina’s son.  “Asaro Rolf Johan Sianturi”; the child has been named thus.
The name was given by Sandra at the request of Rosalina’s family when we visited their home in Janji Raja on January 27.

Asaro is an Italian name (Saro = good, constant). However, this name also comprises a few words with a distinct meaning in the Toba Batak language: asa (may it be, hopefully), ro (come), Asaro (may something good/constant come). An amazing name, unique, also a part of a prayer that is raised to the creator so that there will be good days ahead. Thus also the hopes of all of us, that one day Asaro will belong to the generation that perpetuates tradition, will do as his uncle (Restuala) did during his lifetime.

Welcome to this earth, Asaro! May you be creative while building your plans for the future.