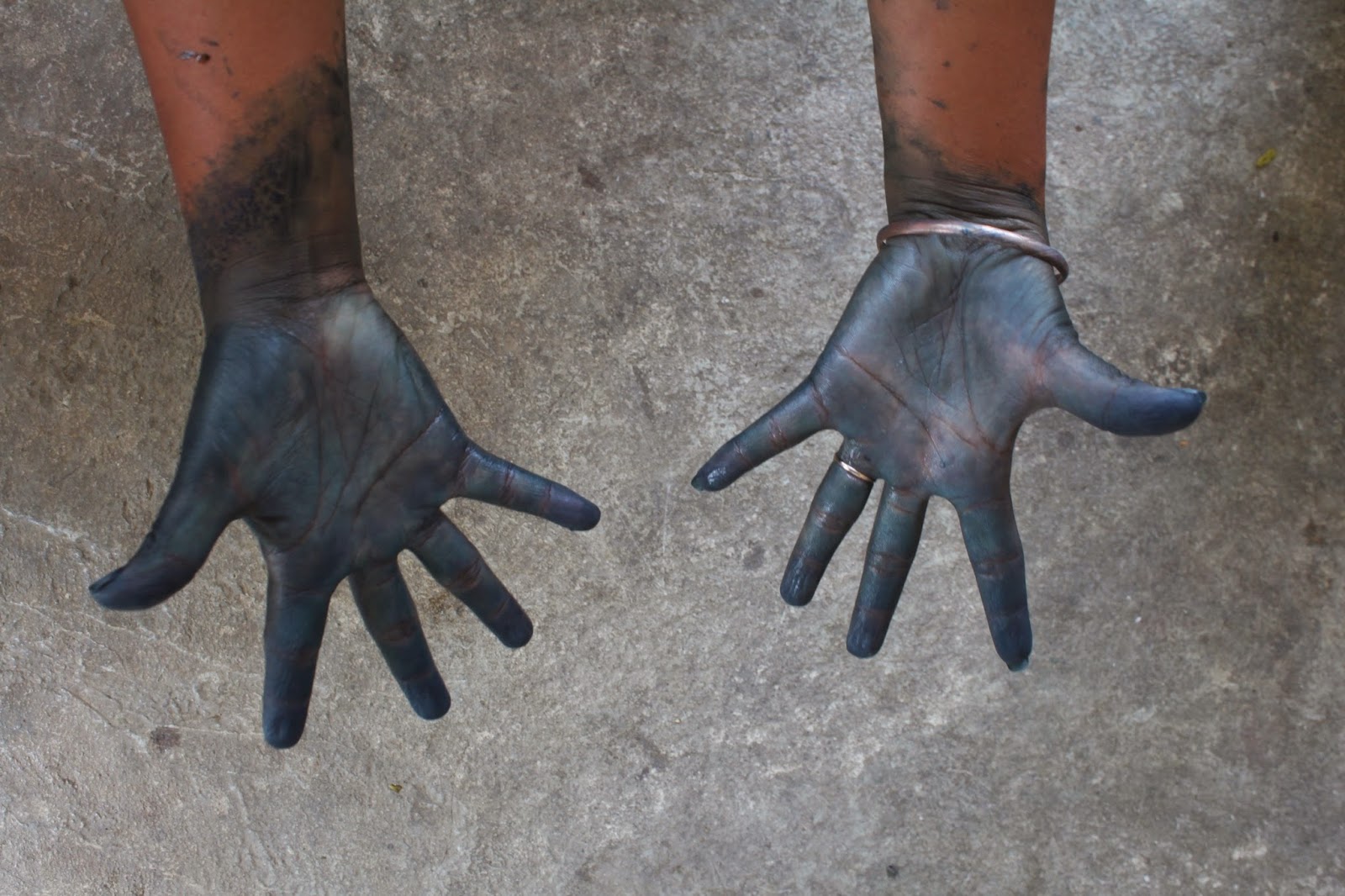 In preparation for the Weaving Workshop in Muara, Lasma Sitanggang attempted to make the batu jala textile that an elderly inhabitant of her kampong in Simalungun had stored in her closet.
She folded her textile as if she was going to do a fold resist but then she bound off the folds at the ends and the middle of the cloth in a way that is generally referred to as a bound resist. 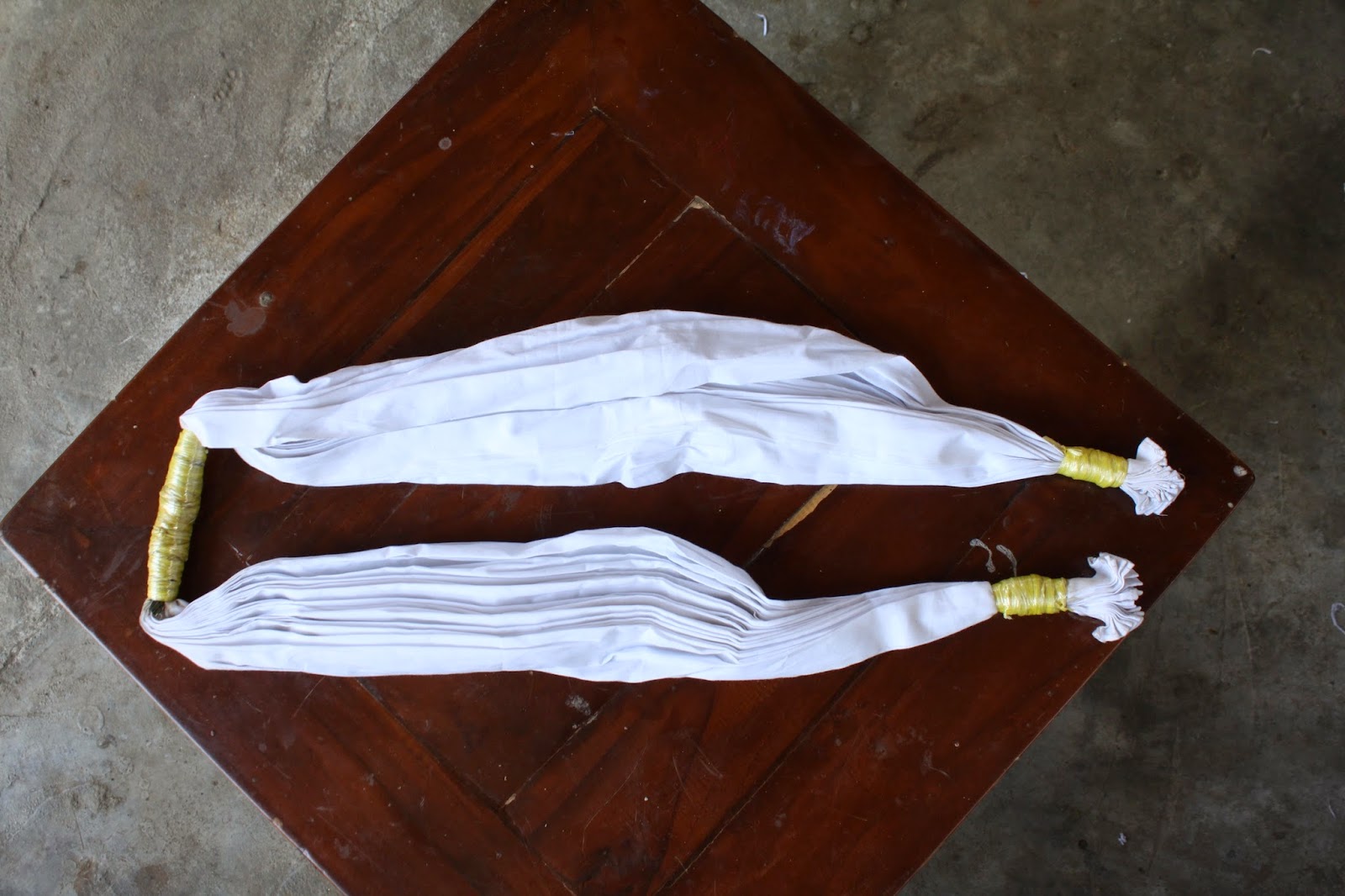 In a more experimental mood, she tie-dyed two white textiles using the kemiri nut as the point in one cloth and the pinang nut in the other. 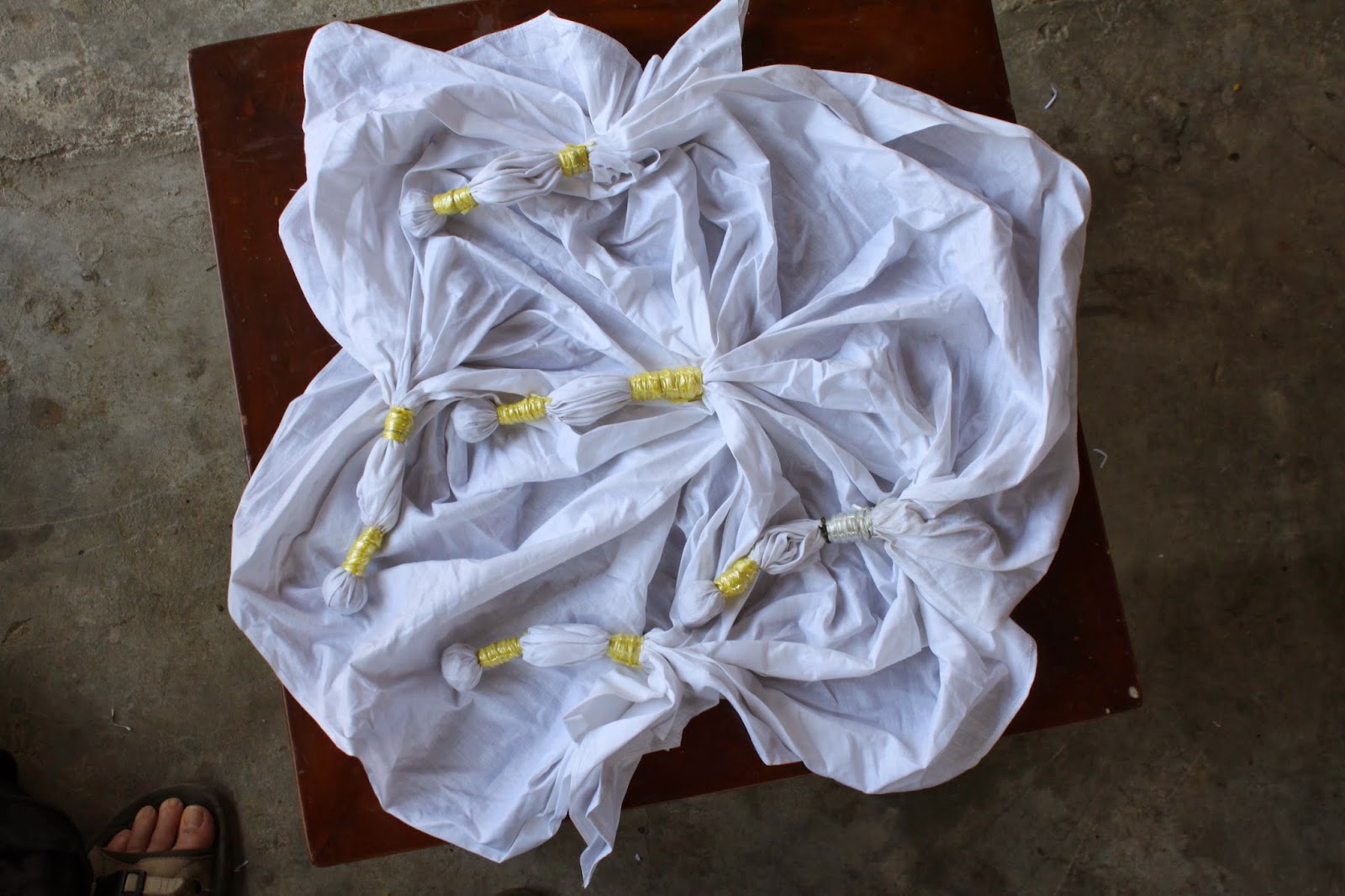 This technique is different from traditional Batak techniques because it is spontaneous and not exact. I remember showing Silindung weavers some South American dye dyed textiles in 1986. They were disappointed in the textiles and found them of low value. Traditional techniques all entail careful counting and precision and can be reproduced. My sense is that the techniques are symptomatic of vastly different conceptual frameworks. It was interesting to me, therefore, that Lasma made both the traditional textile and the more spontaneous tie-dye. It was also interesting that her elderly teacher allowed her to make the middle tie of her batu jala wider than the original. However, she understood that Lasma was making scarves and not traditional cloths.

Lasma showed her work to us in our hotel in Muara before the workshop began. Febrina Pakpahan examined her work closely and Lasma explained how she had done it. 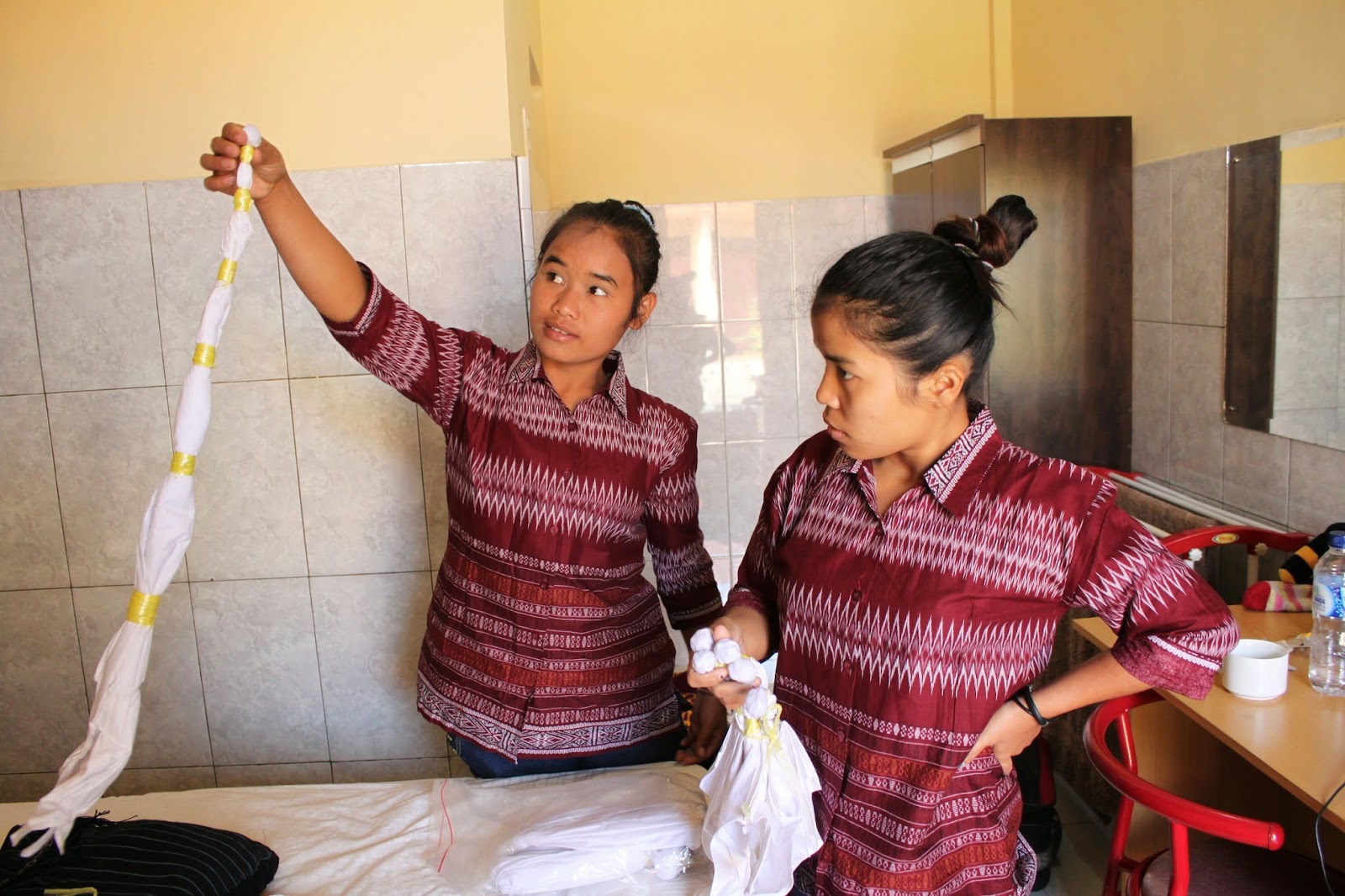 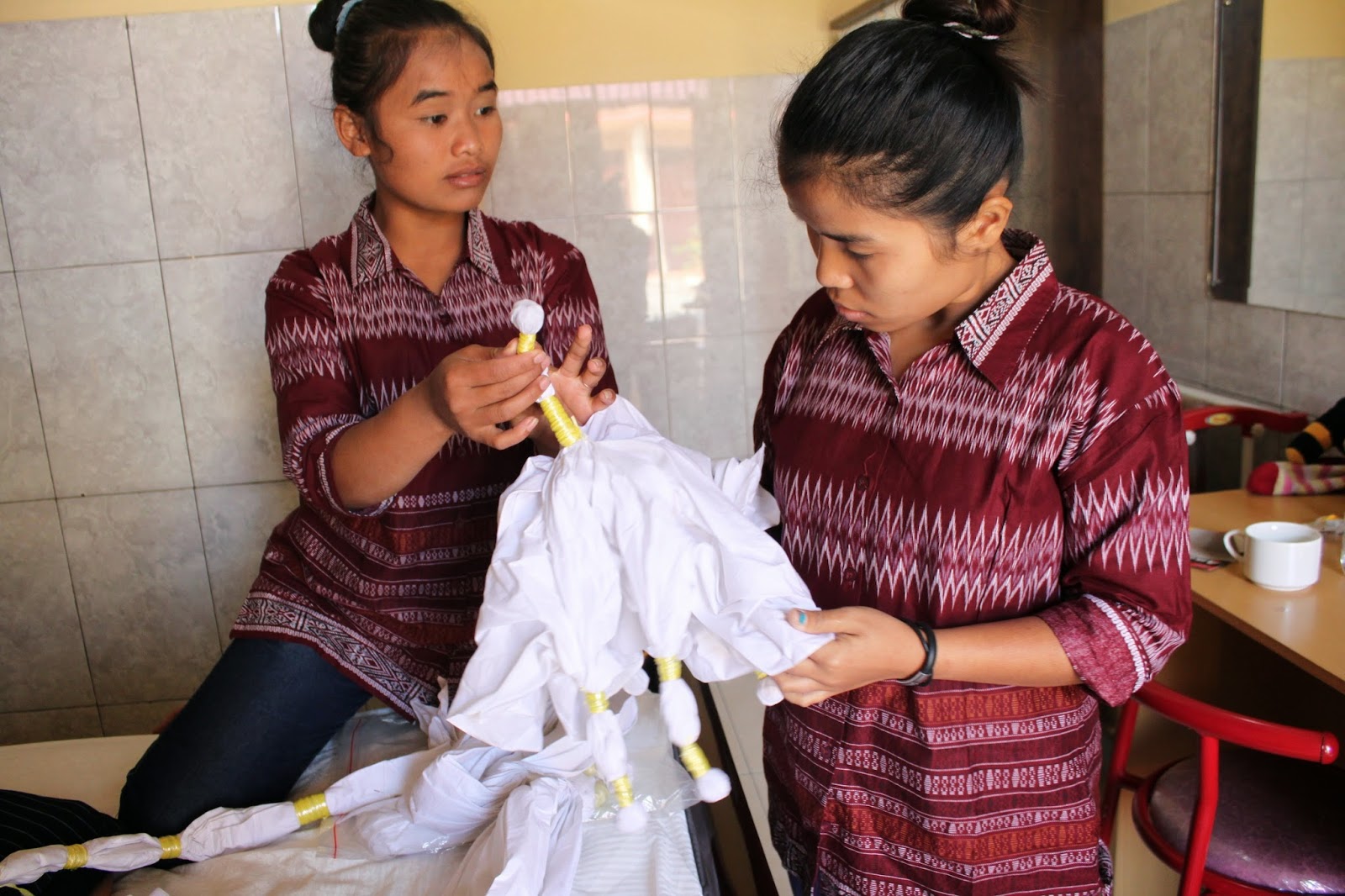 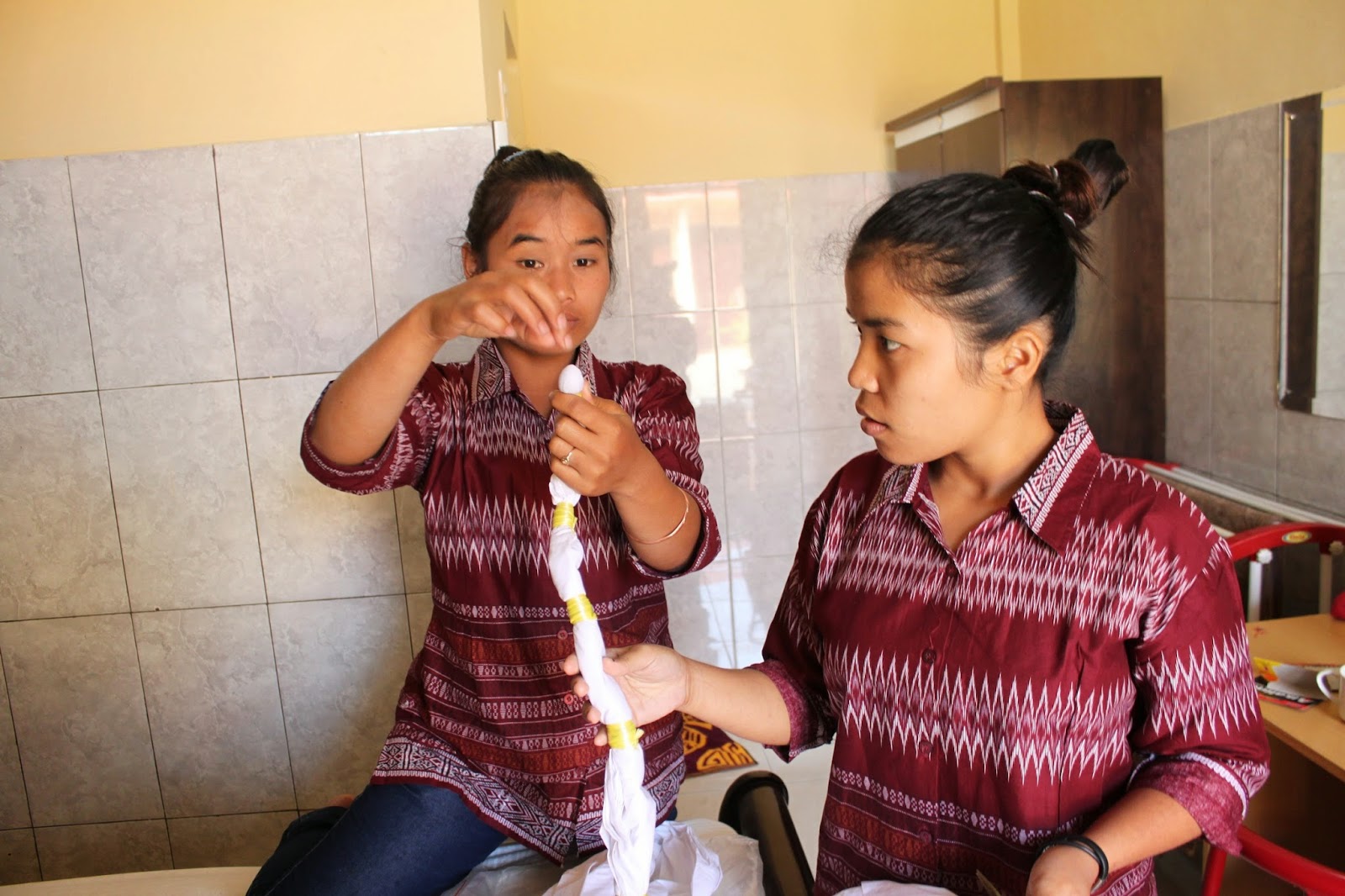 She planned to dye the textiles with natural dyes during the workshop. We were working with indigo blue and mangkudu red. 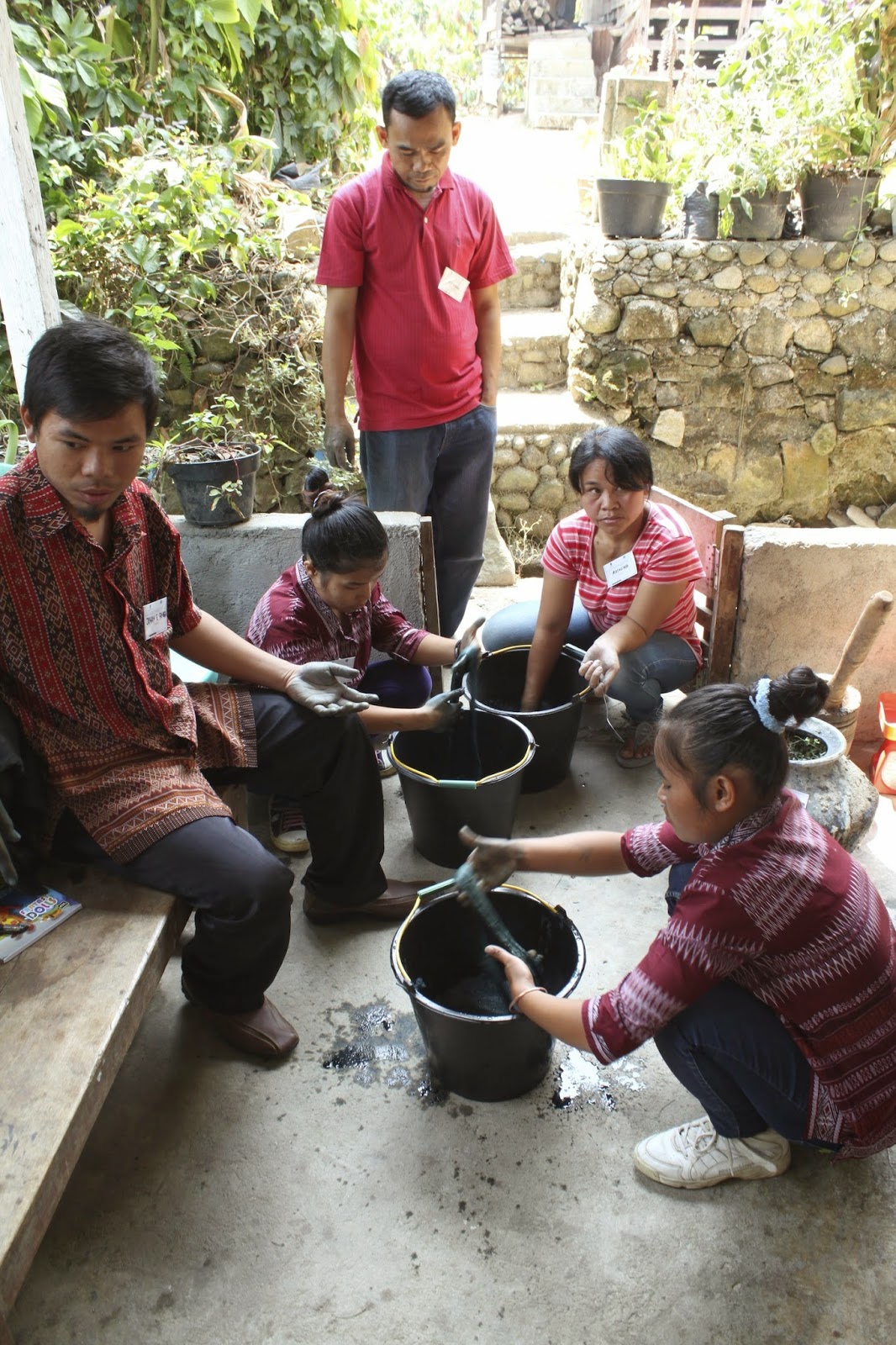 I brought examples of resist dye from Java to show to her. One was made in Hani Winotosastro’s weaving operation in Yogyakarta using the plangi and tritik techniques and the other was a gauzy woven cloth that looks like it had been batikked. Lasma and Febrina were fascinated by the cloths and examined them closely. 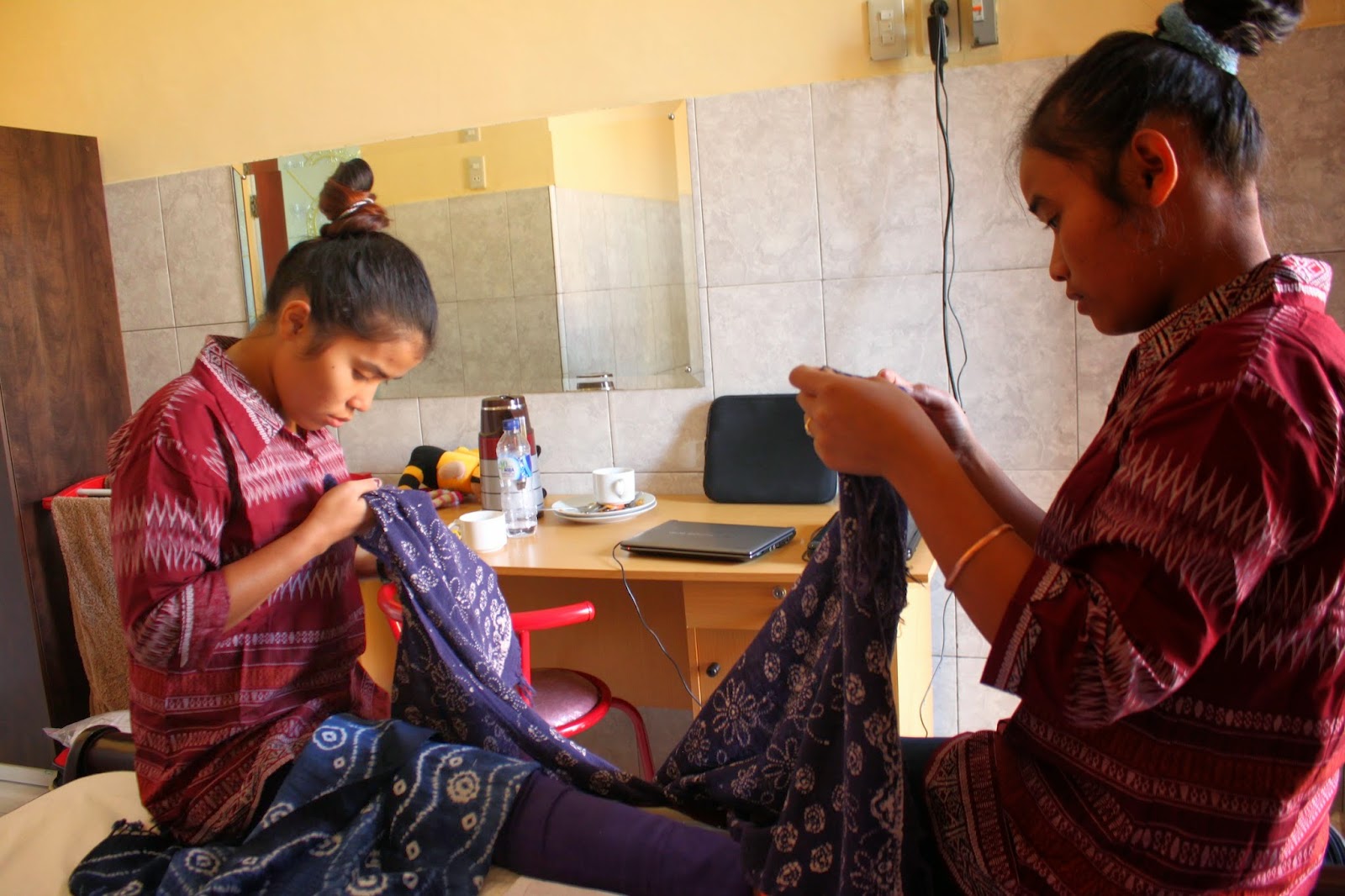 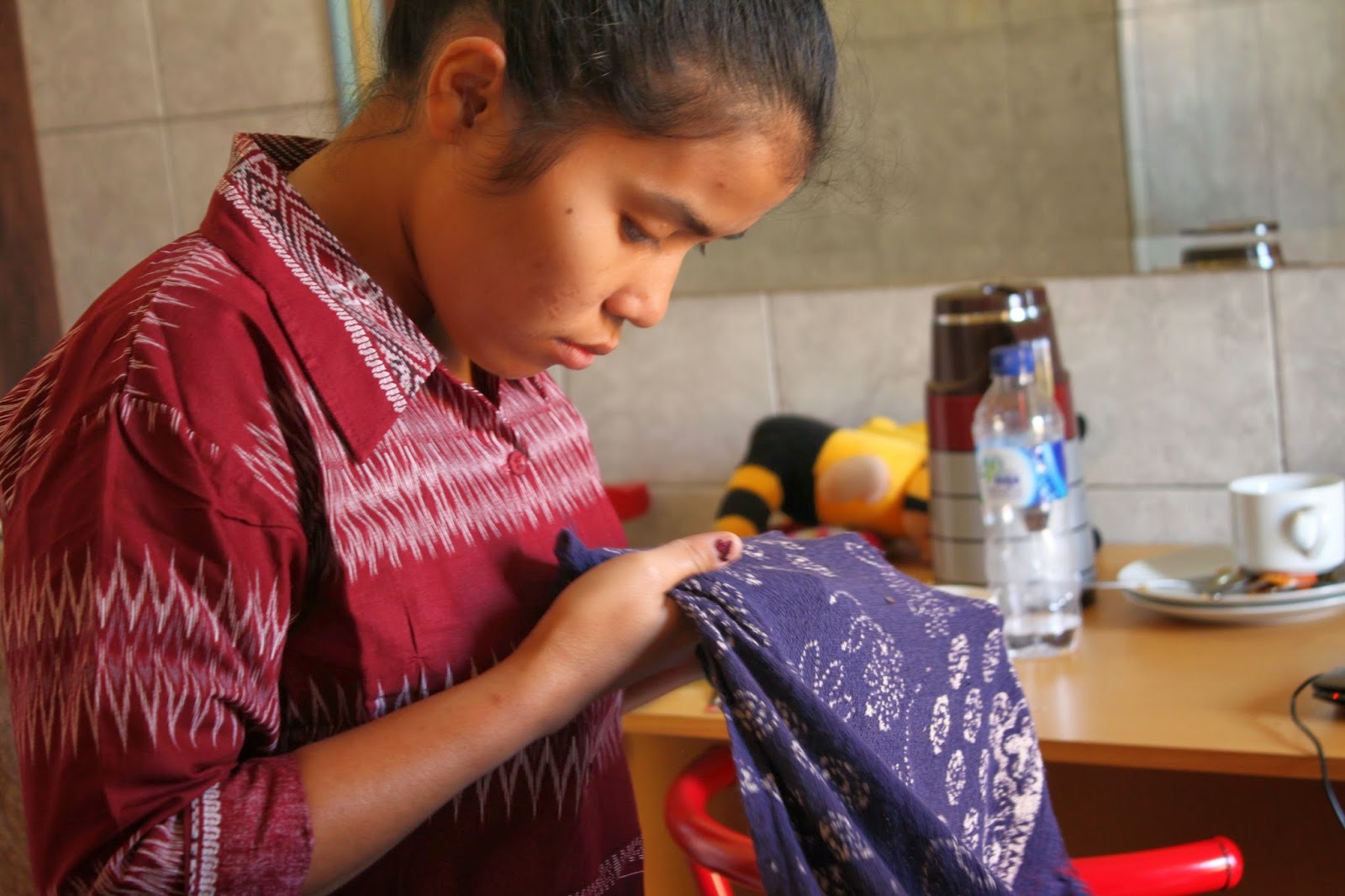 On our way home from the workshop, I showed them films about natural dyeing that I had obtained from Maiwa Handprints in Vancouver. All of this is part of my attempt to broaden their knowledge of what is happening in the world of natural dyes and to help them situate Batak techniques in a larger context.
I just plant seeds. We shall see which ones will grow. That’s up to them.
Posted by Sandra at 03:20
Labels: batu jala, bound resist, Febrina Pakpahan, fold resist, indigo dyeing, Lasma Sitanggang, MAIWA Handprints, mangkudu, salaon, tie dye