Blessing Four: Confirmation of the most Profound Sort

Ani Siimanjuntak and Jeki Simatupang are a young Batak couple. Apparently they visited Anjungan Sumatera Utara at Taman Mini quite by chance when MJA Nashir was there some months ago and, according to Ani, there was an immediate ‘click’.  She and her husband have long been enthusiasts of Batak culture. Ani’s mother is an expert basket weaver and Ani grew up with respect for this craft – now also threatened with extinction. 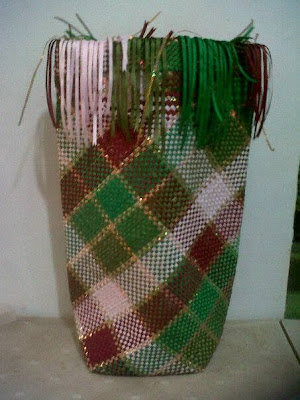 Ani and Jeki threw themselves heart and soul into their self-assigned role of fundraisers for the Pulang Kampung expedition. Nashir and I quickly learned that they are precisely the key that we had missed in our prior fundraising efforts. Jeki is a born strategist. Both are fully plugged into the Batak community of Jakarta. They move in it like fish in water.

Ani and Jeki well know what they are up against. Throughout their lives a different model has been held up for them, a model of development and modernity that stipulates leaving the villages and adopting an urban lifestyle with Western trappings of success. By honouring the villages, Pulang Kampung turns that model on its head. Strangely but I don't think surprisingly, this upside-down model is resonating in the hearts of many Batak people. Ani and Jeki are touched when they see that their Batak friends are touched. Surely there is a part in all of us that would rather see our culture's past as heroic rather than dispensable!

Ani and Jeki have been campaigning tirelessly. Their list of Batak families is long and they visiting them one at a time to share the essence of the Pulang Kampung journeys and solicit support.

How gratifying is that? Ani and Jeki are proving over and over again that the time for the Pulang Kampung concept has come. I am humbled by the magnitude of their devotion and their effort.

I am scheduled to meet this exceptional couple tomorrow.
Posted by Sandra at 13:49
Labels: Ani Simanjuntak, Jeki Simatupang