Arriving in Pangkadjene, the first major town on Claire Holt’s trip, I knew that it would not be possible to see the dances that had been performed for her by local people. I decided to search instead for the home of the Dutch ‘Controller’ who had been their knowledgeable host. It quickly became apparent that there was little Dutch architecture. We drove around a little in the area where government buildings are located and started to ask people. Finding nobody, I decided to approach a large house. It struck me as having architecture that combined Dutch and Bugis elements.


Walking up to the gallery, I met a group of women who most graciously invited me to sit down and explain my mission. 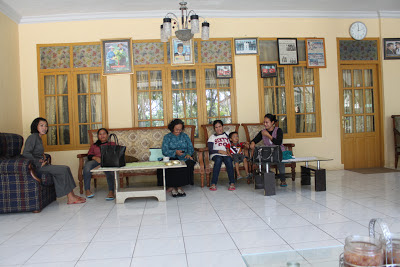 This I did. They knew nothing about a Controller’s home in the Dutch era. I decided to approach my questioning from a different angle. I complimented them on the beautiful building and asked if it had once been a Dutch building. They quickly acknowledged that it had been renovated. I asked if it was the largest Dutch building in town and they also acknowledged this. It turned out that I had walked up to the home of the Bupati -- roughly equivalent to the Dutch controller in the government hierarchy.  During a later interview with an elderly man, I learned that my hunch that I had stumbled upon the Controller's home was correct! 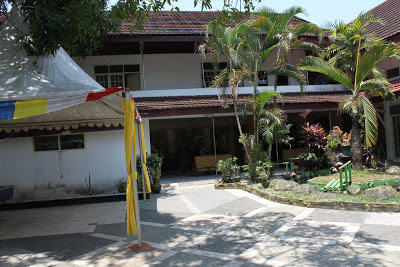